You can explore this location here with maps constructor.

Price $40 for 2 days. Food and beverages are options.

It should be noted that Maneuvers are a very large event, therefore small shifts in timing are permissible in some stages. We have allocated more than enough time for each game phase, so all delays will be minimized.

THE 9TH OF JUNE

11:30-12:00 – scenario introductions for each teams at their headquarters

The creation of mass destruction of weapons is the idee fixe of world dictators who is dreaming of world domination.

The twentieth century gave rise to a wide variety of types such mass destruction of weapons. But all of them have a big drawback - mass destruction attack leads to irreversible consequences for both against whom it was applied and for those who use it.

But the time has passed and scientists have developed new technologies, by means of which it is possible to create genetic or ethnic weapons - a hypothetical version of biological weapons capable of systematically destroying any human populations specified by key genetic traits.

The damage agents of such weapons are artificially created microorganisms (pathogens), including strains of bacteria and viruses, modified by means of genetic engineering technologies that can instantly cause diseases and negative changes in the human body.

The main distinguishing feature of this weapon is that its influence can be adjusted and directed against a certain part of the population, for example, selectively destroy only potential male soldiers and at the same time keep alive women and children.

The South and the North are developing this weapon. But fearing that making mistakes in the creation of genetic weapons can lead to a biological catastrophe on its territory, the government uses the labs to the territory of other states under the guise of nutrition, pharmaceuticals and other industries.

A detailed scenario will be implemented through a series of missions that each of the parties should perform. For each of these missions, the party will receive a certain number of game points.

The organizers keep the detailed plan of the battles in the strictest secrecy, but from experience we know that very often the missions include:

South. Vladimir Mineev (aka Diversionist). The head of the Irkutsk (Siberia) team. 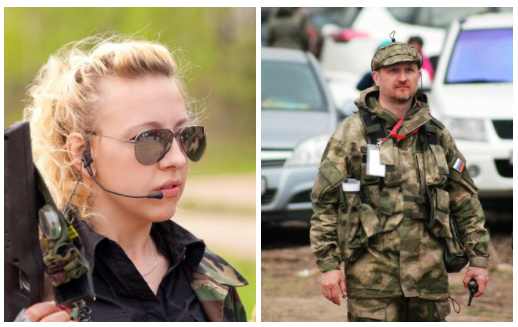 Competitions will be conducted according to age groups:

Each team consists of 5 members.

The number of teams is limited.

The availability of a unified uniform is recommended but not obligatory.

Preliminary applications should be for participation in submitted to the Organizing Committee not later than June 1, 2018 by e-mail: This email address is being protected from spambots. You need JavaScript enabled to view it.

The control point (CP) device is a vertically standing cylinder with a damage sensor in the upper part.  When shooting at it from a close distance, the control point lights up the color of the shooting player team, and begins to count the time of capturing. At the moment of a shot of another team player, the control point changes the color, and it starts to count the time another team (and counting the time of the first team is paused). At the moment when the CP counts in total 2 minutes of capturing of any team, it starts flashing with the color of this team and is considered "retained". Each of 3 "retained" CPs brings 1 victory point to the team that kept it.

At the beginning of the game, 5 players start the game from their starting zone where respawn device is installed. While starting the game all CPs are "neutral", and the task of the teams is to keep as many CPs as possible.

The game ends at the moment of "retention" of all CPs or at the end round time (5 minutes).

It is forbidden to close the sensors of the headband during the game. Any physical contact between players is prohibited, restriction of access to CP for other players, as well as the premature start of the player, unsportsmanlike behavior are considered violations. If the referee finds a violation of the rules, the team / player is penalized according to the fines table.

The gaming equipment is presented by the military tactical games operator "LASERWAR 67", the use of other laser tag equipment during the tournament is not allowed.

Method of the tournament «playoff» 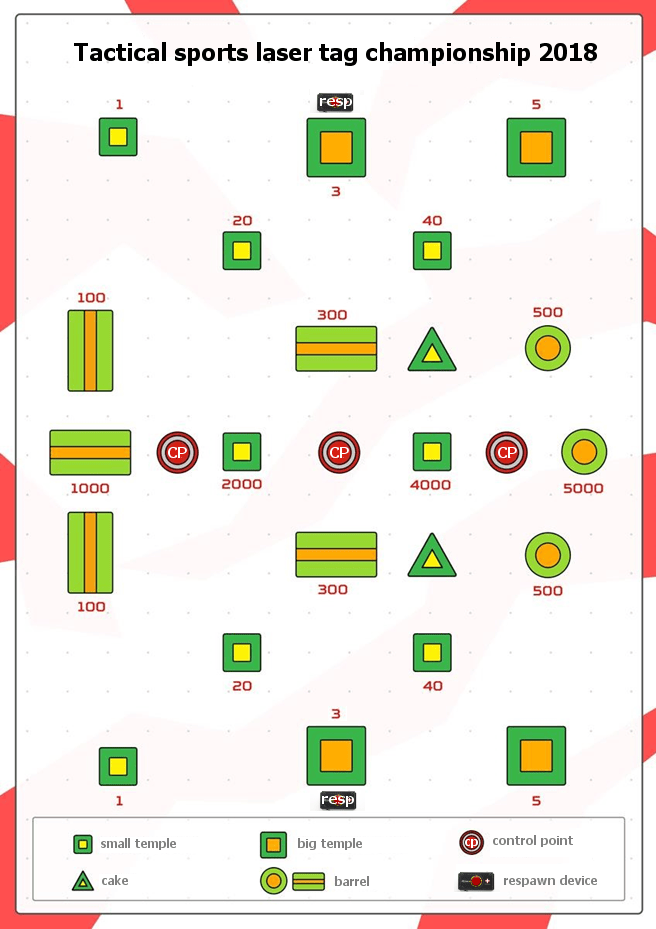