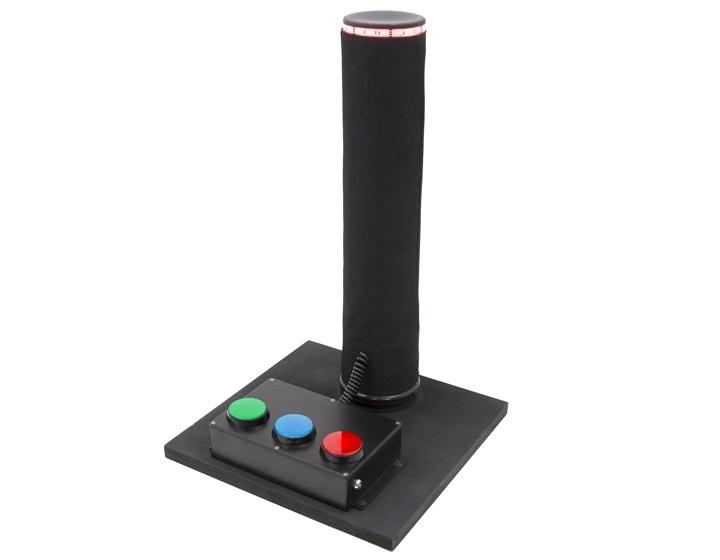 With shipment Delivery method will be selected by customer and approved by manager. for $0
Sales price $122
Price / kg:
LaserWar
Description

Battlefield PRO paintball + airsoft game kit is designed to simulate the capture of some point, device or territory a control. This is a universal device that can be used in not only in laser tag scenarios but also in paintball and airsoft. It is used in the same way as another control point devices (Simple control point, Smart control point, universal point, command post, smart battle base)

At the beginning of the game, the Battlefield point has a neutral white color. To capture it, the player needs to hold down the button painted in the color of his team. The point will light up the color of them that captured it. This color will gradually gain brightness and saturation. To capture the point that is already held by the opponent's team, the player should also hold down the button of his color. In this case, his color will gradually supersede the previous one. Each time the Battlefield is recaptured it calculates and summarizes the time of holding the point by each team.

The winner is the team that first held the point for the preset total time.

To set the total holding time for winning, press the red button while turning on. After that, you can use the buttons to select the following timestamps:

To select the time that player should hold down the button to capture the point, press the blue button when turning on. By pressing the button you can select the following timestamps:

After ten seconds, the point automatically goes out from admin mode to the game mode and remembers the settings. At the next power-on, the dot blinks with the color that will show the total holding time that is set in it.

The point is activated by a key and equipped with an anti-vandal lock. 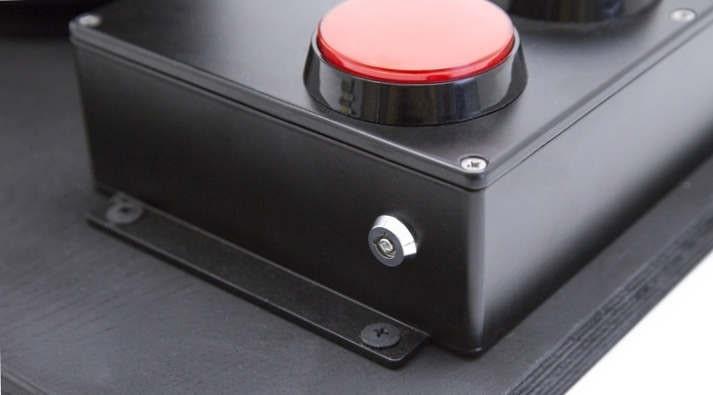 The panel is enclosed in a robust metal case, the buttons on the panel are illuminated along with the LED strip on the main tube. The tube itself is covered with a cuff of durable fabric that can be washed.

The LEDs are quite bright and clearly visible. 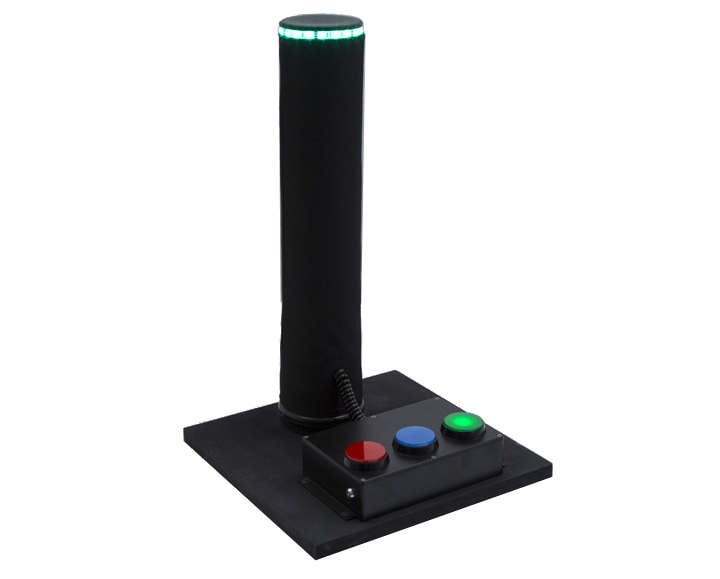