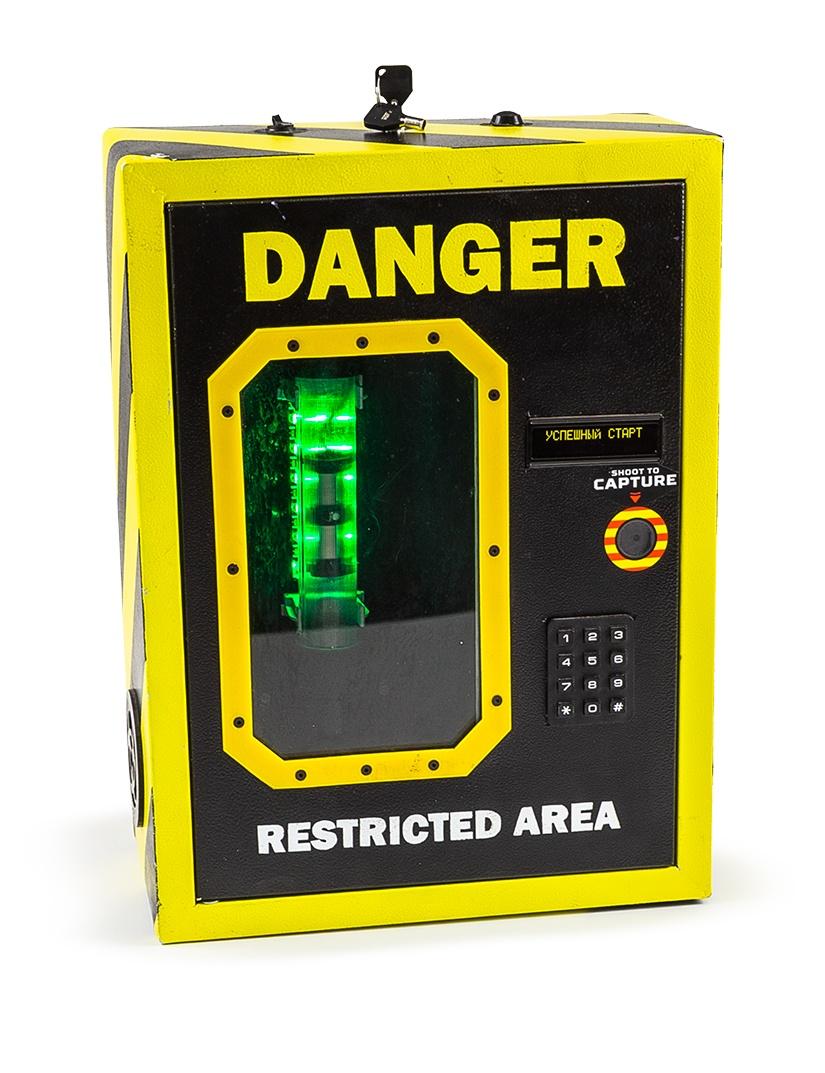 With shipment Delivery method will be selected by customer and approved by manager. for $0
Sales price $271
Price / kg:
Description

Doomsday storage Is a new device for running laser tag postapocalyptic scenario games, stylized for Fallout, Doomsday and so on. The device was first tested in at May Maneuvers festival 2019 and was so much liked by the players that several prototypes were sold to the participants immediately just after the end of the game. Therefore, this new device can significantly expand the scenario framework of the events held by laser tag business owners and operators. 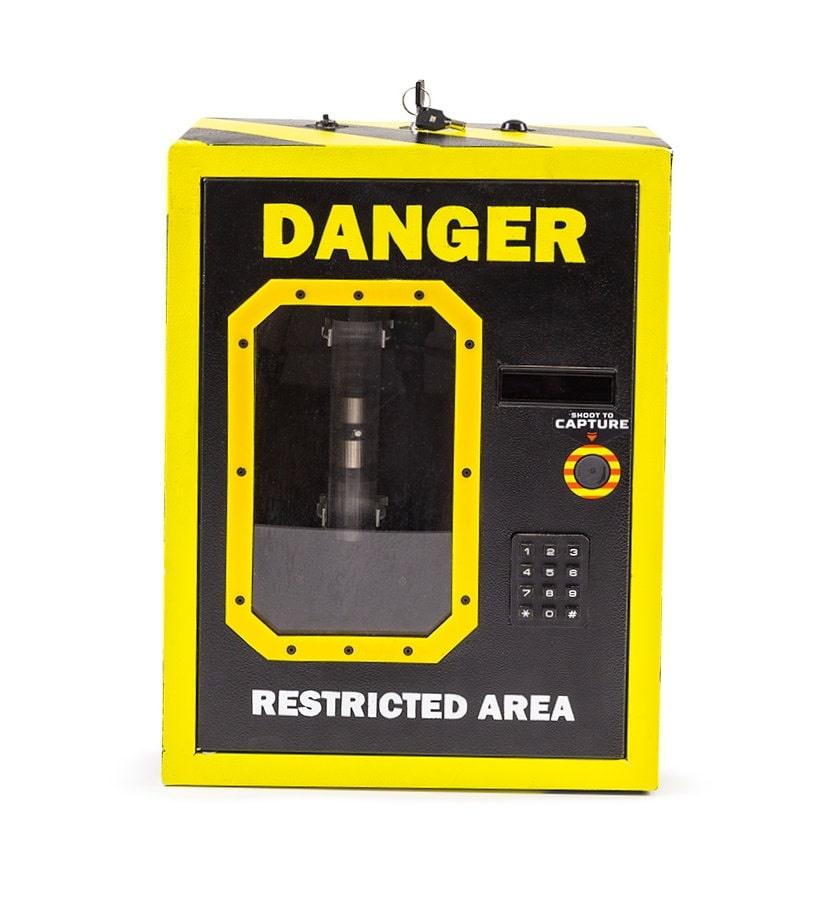 The “Doomsday storage” is an electronic safe, where a flask with a radioactive or biohazardous substance is stored. According to the game scenario, this flask should be removed from the safe and delivered to the specified destination.
Let's suppose a player has found the storage box with warning coloring and he should get out the flask from the safe. But it's not that simple. The proven method of just breaking the window doesn’t work in this case and the player should find the code (password) for the electronic lock. The player should find all numbers of the code with trial-and-error method one by one. 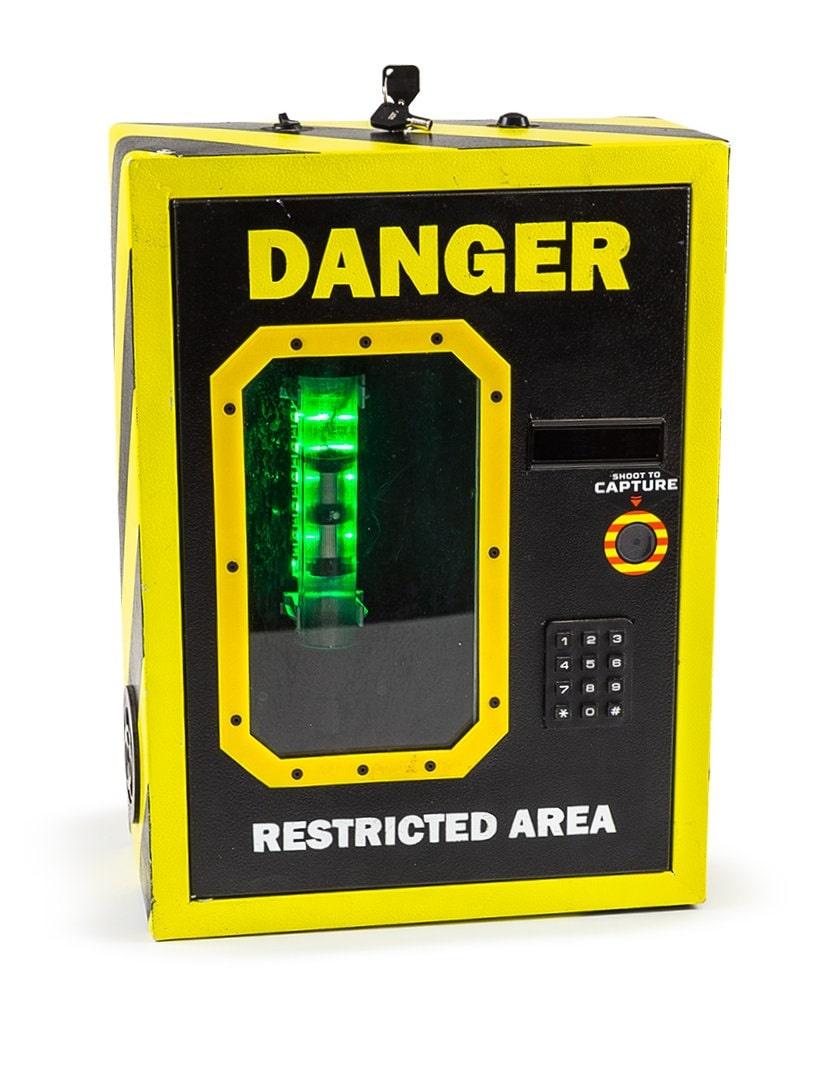 The guessing password process is started by shooting into the striped storage sensor. Shooting simulates that the box is controlled by the player or a team. After the shot, the box is starting the guessing of the first number. By default, it takes 2 minutes to guess it. After 2 minutes the first digit is displayed on the information display, and the player can start decoding the next digit by shooting the striped storage sensor again. Then the player proceeds with the next digit and so on. But if the enemy player will shoot the storage sensor it will reset the code and launch a new decryption cycle. So if the box was recaptured by another team the guessing password process will start from the beginning.

Thus, to open a 6-digit code with 2-minute decryption of one digit, the team should hold the box for 12 minutes until the end of the hack. 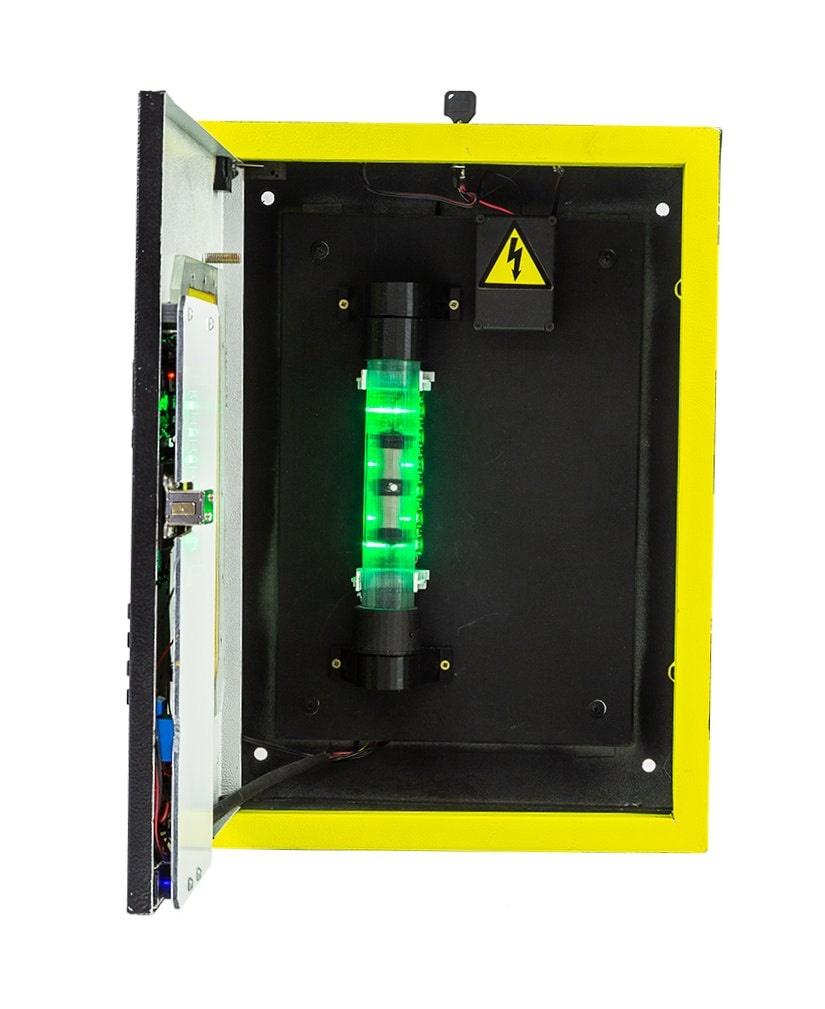 After the guessing of all 6 digits is completed these digits will be shown on the information OLED-display and the player should enter this code using a digital panel. Entering the code will trigger a magnetic lock, opening the safe door and the player can get out a flask with a radioactive substance, which begins to emit the radiation outside the storage. Emitting radiation is accompanied by Geiger sensor crackling sound. A player who is in close proximity to the flask for too long risks to be hit by the flask, because every 30 seconds it takes 10 health points from the player. 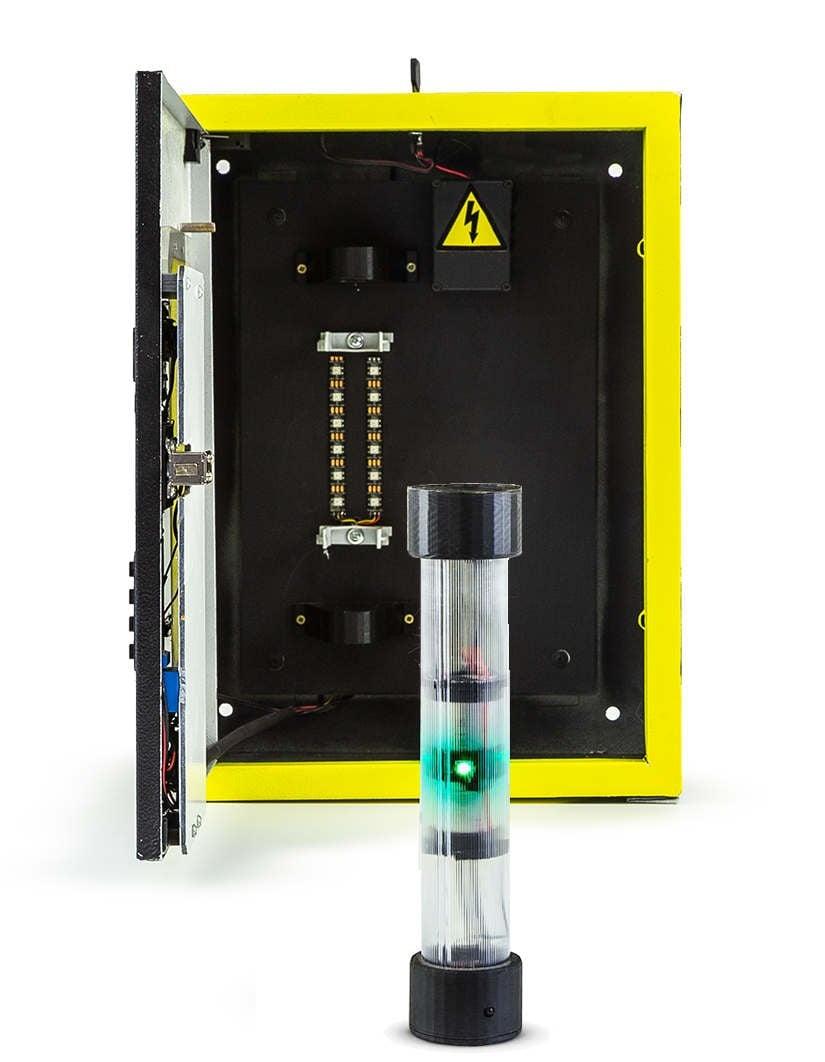 Then the flask should be delivered to its destination, depending on the gaming scenario (to the laboratory, headquarters and so on).
The flask can be also used as a standalone game device in laser tag Fallout games, for example as a source of radiation. 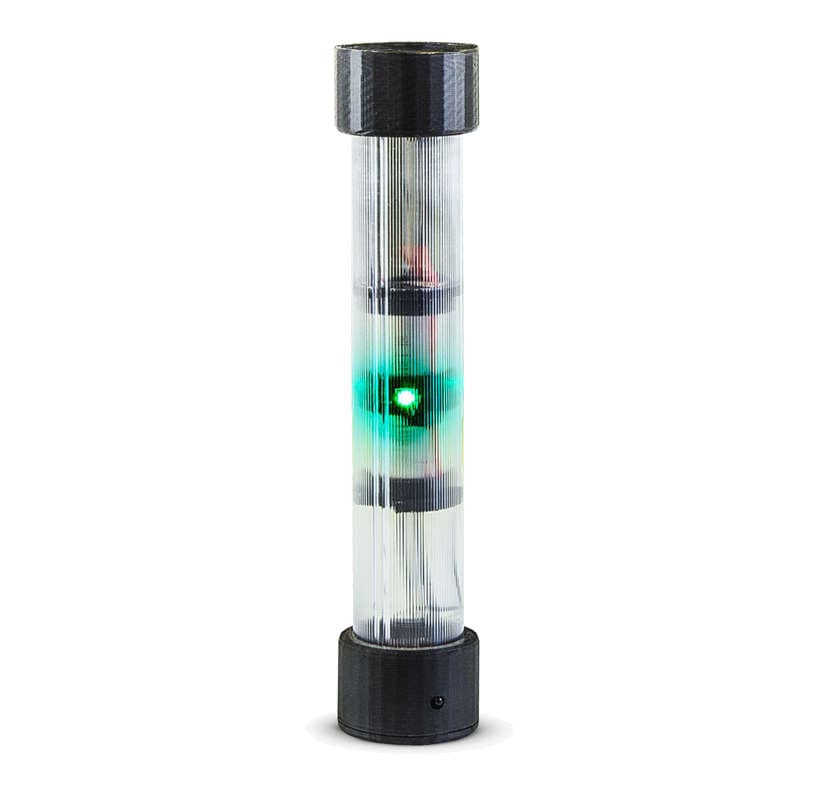 The “storage” is powered by 7.4 V lithium batteries and can be charged using standard Li + series LASERWAR chargers. The “radioactive” flask has its own micro USB-powered battery.
The “Doomsday storage” set includes one electronic safe and one radioactive flask.
Several “Doomsday boxes” can be combined into Pandora’s box game set. This set can also be used in laser tag Fallout games.