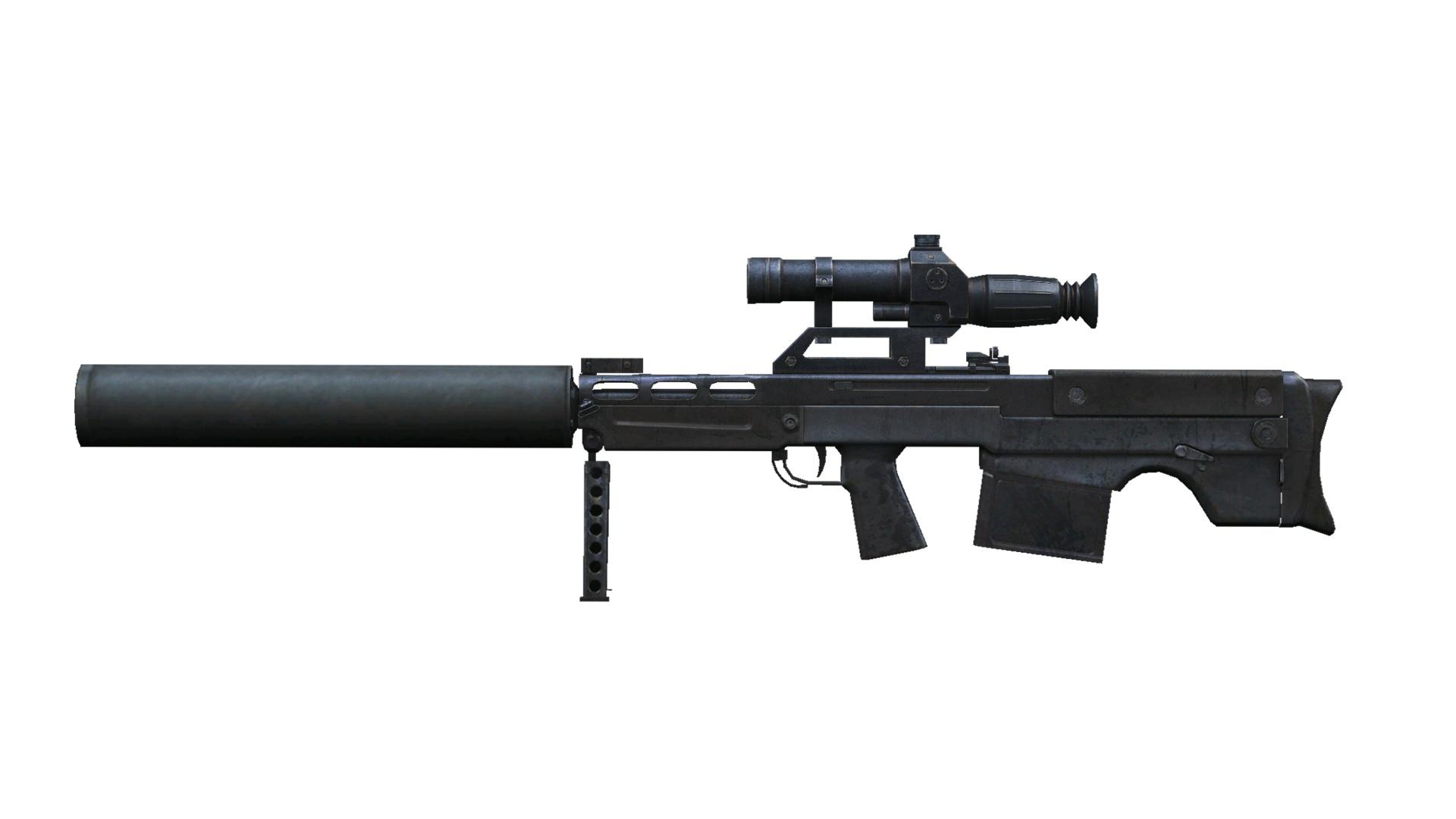 With shipment Delivery method will be selected by customer and approved by manager. for $0
Sales price $1,454
Price / kg:
Description

Silent .50 caliber antimaterial sniper rifle "VSSK Vyhlop" was developed in Tula in 2002 by special order of the Special Operations Command of Russian FSB (former KGB). The VSSK Vyhlop sniper rifle was first demonstrated to the public in 2005. Today the VSSK Vyhlop is used by the Central Security Service of the FSB of Russia. 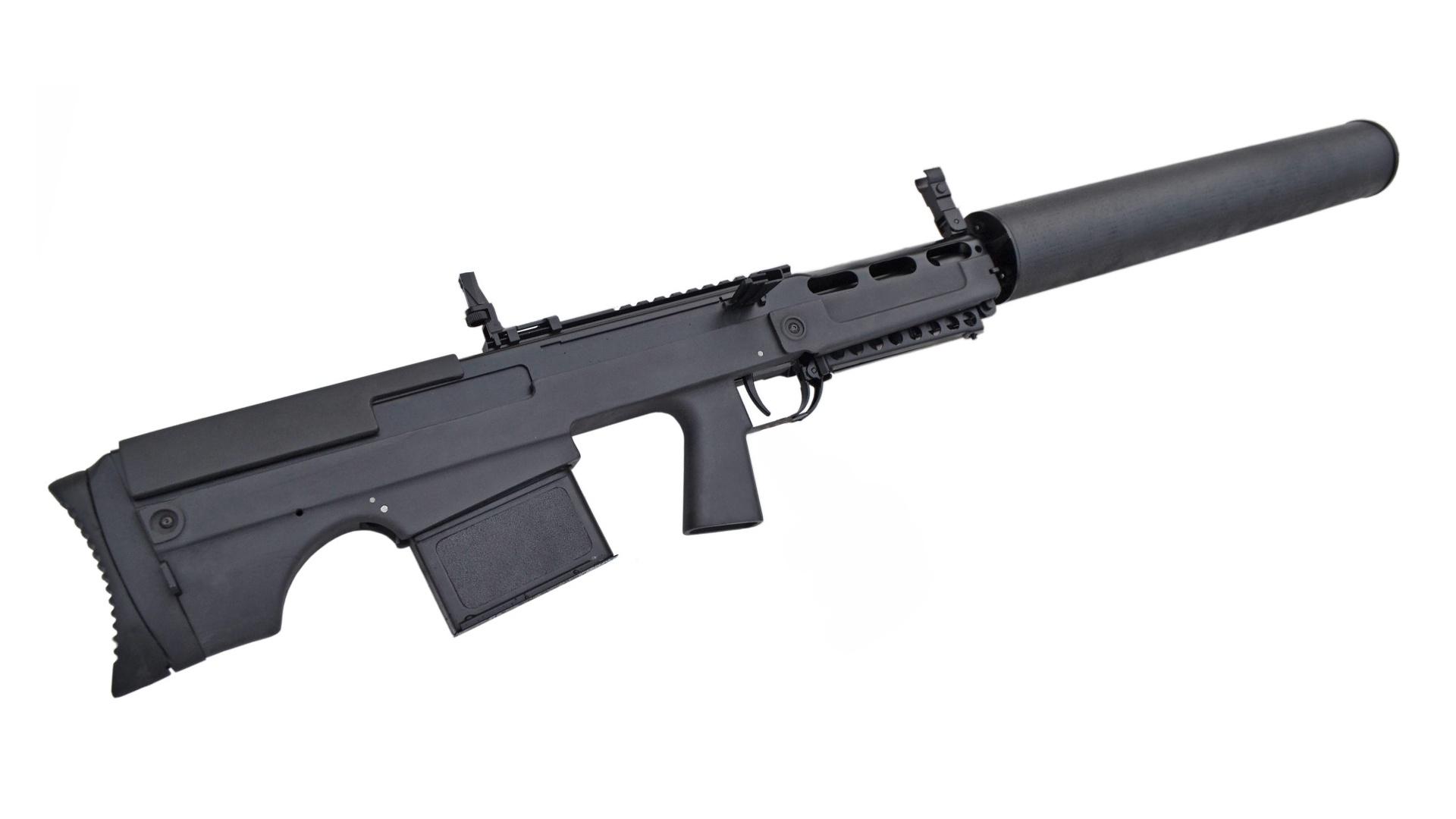 The main purpose of the VSSK " Vyhlop" sniper rifle is silent and flameless destruction of protected targets (cars, other unarmored vehicles, soldiers equipped with heavy body armor or hiding in vehicles, etc.) at ranges up to 600 meters (1200 feet). At the same time, due to the use of a bullet with a subsonic initial velocity in combination with an effective silencer, it significantly reduces the level of the shot sound. Great efficiency is achieved by using heavy 0.5 caliber bullets.

Laser tag Vyhlop sniper rifle is made on the basis of VSSK "Vyhlop" airsoft replica with full preservation of the original appearance, including an integral silencer, in which laser tag optics is integrated.
The rifle is built on a bullpup scheme and has an integral silencer. It has a manual reloading mechanism, with a sliding breech bolt with a handle on the right side of the weapon. 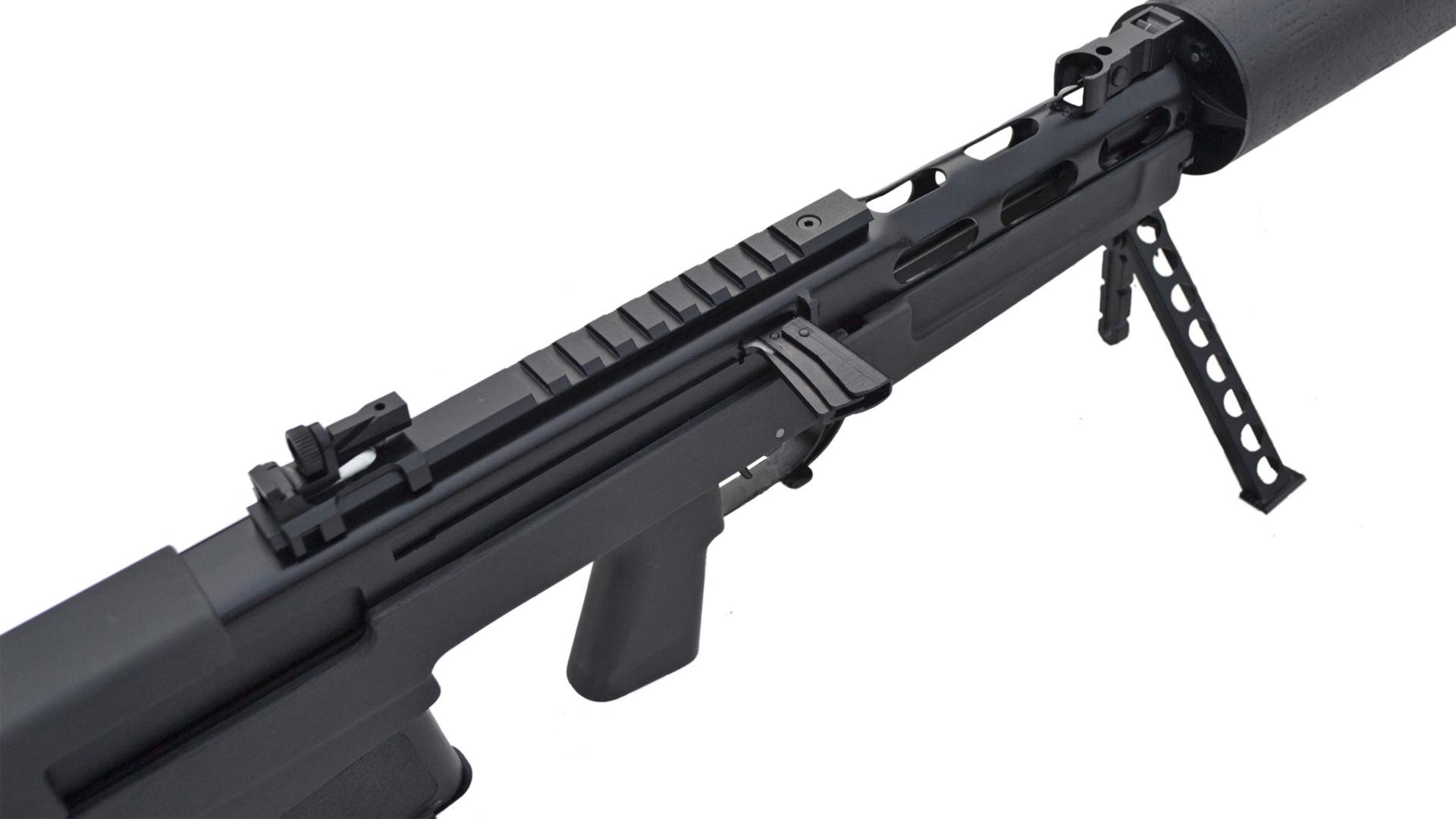 The box magazine holds 5 rounds. There are mounts for optical or night sights on the top of the gun receiver; in addition, the rifle is equipped with reserve open sights (front sight and rear sight). A bipod is located in front of the short plastic forend.