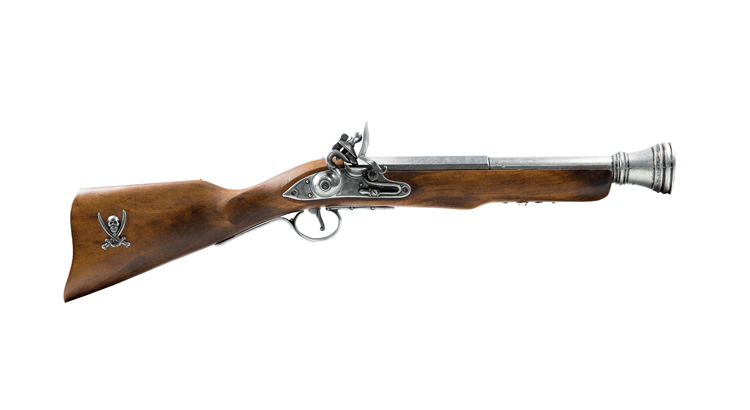 With shipment Delivery method will be selected by customer and approved by manager. for $0
Sales price $294
Price / kg:
Description 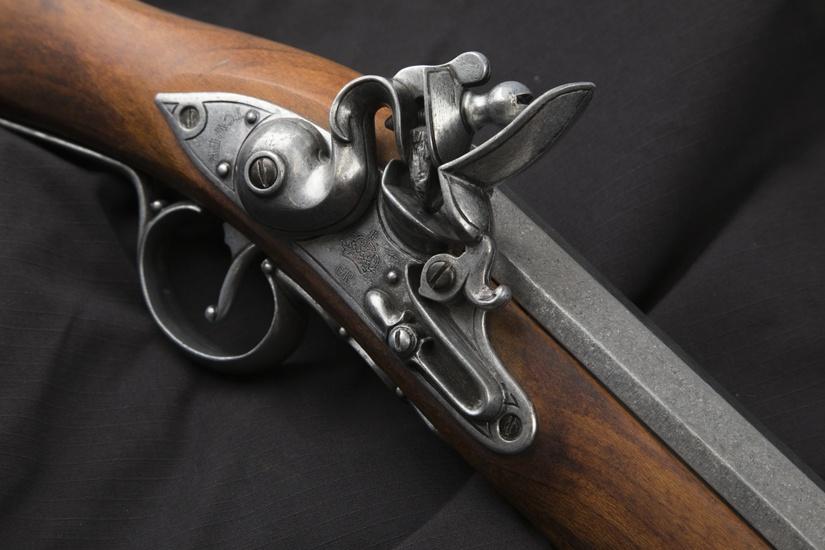 For fans of "Pirates of the Caribbean" and "Black Pearl," we have released an exclusive device that will not leave opponents any chance in boarding battle. It’s a real pirate musketoon from LASERWAR company. This laser tag musketoon is compact, powerful and looks like a real gun from the private collection.
Do you want to make a real pirate laser tag party? The children will be delighted! 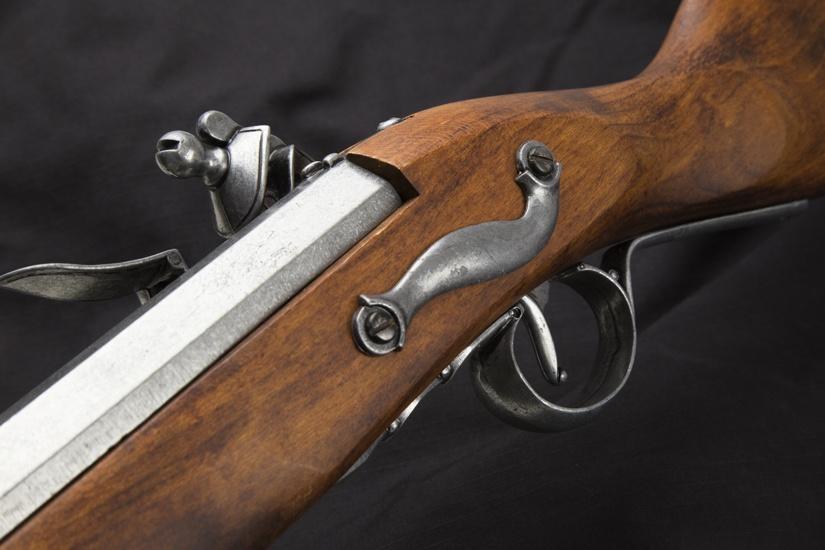 First Impression
If you take this blunderbuss intro your hand, you understand that this is not a plastic toy, and you can use it in boarding battle. This musketoon is convenient, compact and very realistic. It has a luxurious wooden gunstock, a cold heavy metal barrel, and an antique trigger mechanism. You will feel yourself like a real pirate!

Case and electronics
A well-crafted dark wood case holds an electronics board, a speaker and a 2.2 Ah battery. This gives up to 30 hours of continuous playing time, and it’s enough to take part in the pirate battle.
The optical system is completely integrated into a massive barrel made of aluminum alloy. The gun has no extra external optical elements, that’s why everything is extremely entourage. This optical system provides firing range up to 130 feet (40 meters). 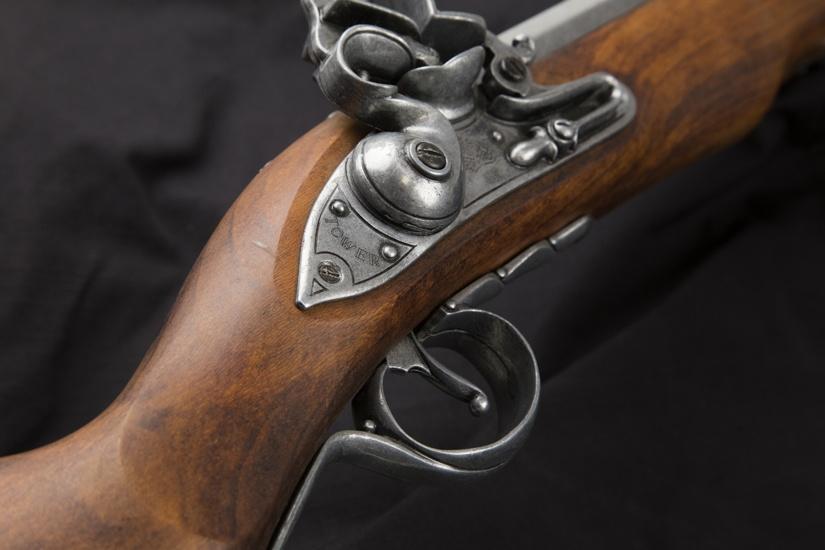 Recharging the musketoon is made by cocking the trigger mechanism. Strictly speaking, cocking reloads the gun magazine. But does the musketoon have a magazine? If you set through the laser tag configurator the number of cartridges in one magazine equal to one, you get a musketoon, which trigger should be cocked before each shot. So, all will be honest. 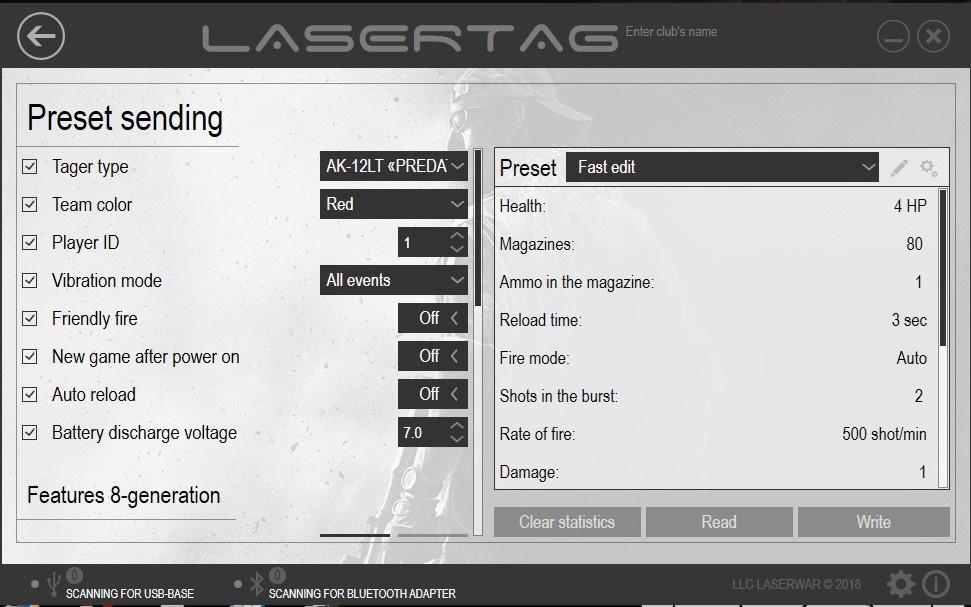 The built-in speaker provides a clean and loud reloading sound. The shot, in addition to a sound, is accompanied by a feedback, that makes the game even more realistic.

The turning on is made with admin key. The socket for this key located in the bottom part of a gunstock, under the barrel. The charging socket is located near it. 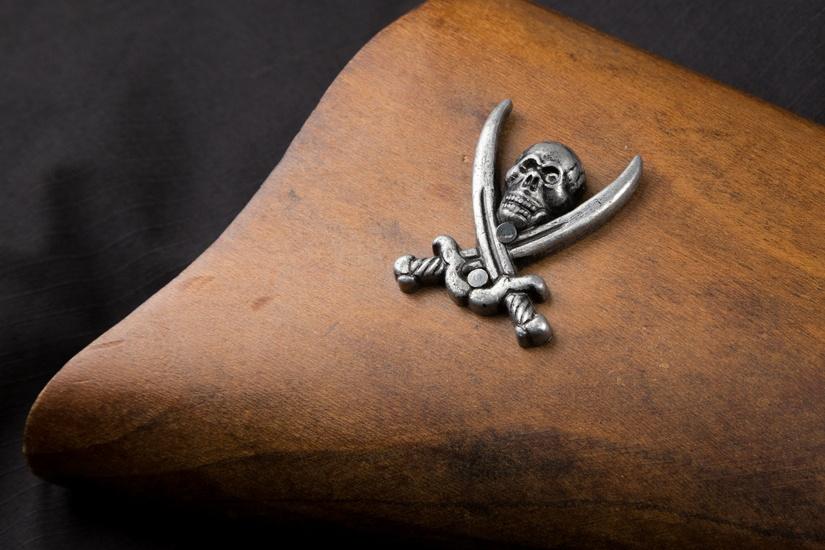 A comfortable wide buttstock made of dark wood is decorated with pirate symbols. The trigger mechanism is protected by a massive metal clip. 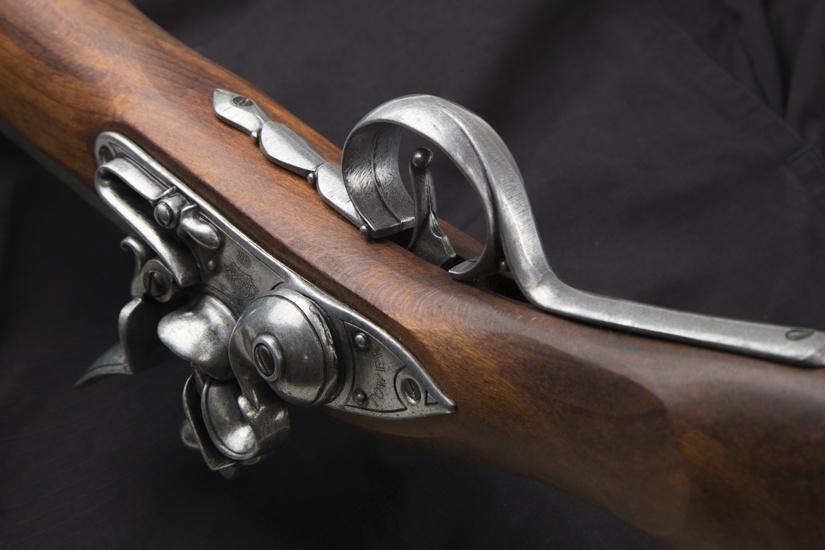 Sights and mountings
Picatinny rails, as well as the ability to mount red-dot, optical and other types of sights, are missing for obvious reasons. That’s why the only aiming device is a rear sight. 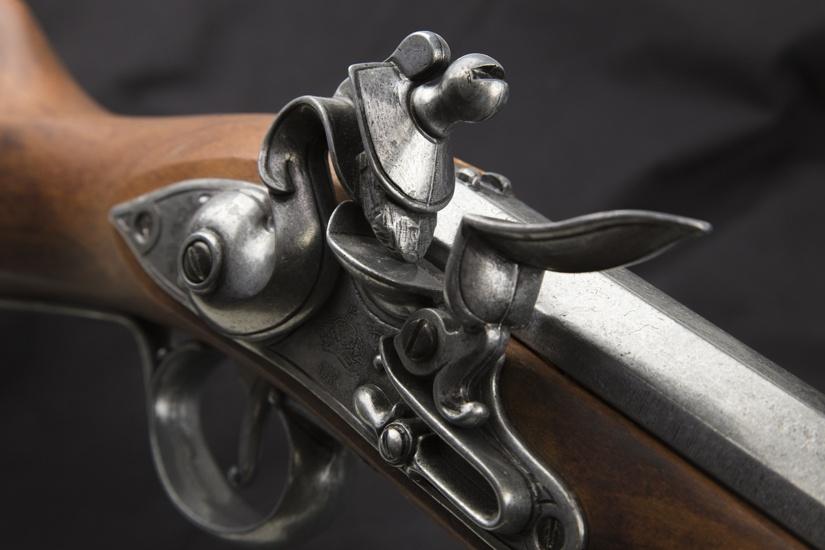 This tagger will take its place in the armory of the historical laser tag club, and will also be useful in running historical reconstructions.

P.S. Unfortunately we have no Long John Silver and the pirate parrot who knew where the pirate treasure was buried, but a wooden leg with integrated damage sensors is currently under development.