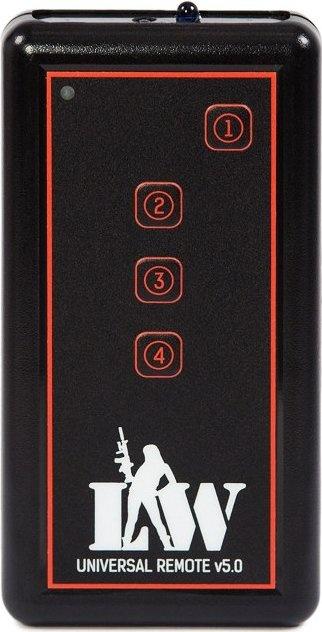 What is the Universal Remote? The Universal Remote is a device designed primarily for game masters, instructors, and game arbiters, which allows you to quickly send base commands to the equipment of several players at the same time.

For example, the game master often needs to perform the following actions:

How to use it

To enable a particular function, you just need to point the Universal Remote with IR-transmitter to a player's headband or laser tag vest and press the function button on the Remote.

The size and weight of the Remote are designed so that it could easily be carried in the game master's pocket.
The company has specially shifted the buttons from one line to avoid confusion. One main button is placed outside the line. Usually, it is assigned the "New Game" function.
In previous versions of the device, the user had to settle for 4 functions that have been set in this remote by the manufacturer, but now the user can assign up to 8 necessary functions for remote buttons with special software.
The Universal remote is one of the basic devices of games, where more than 2 players are involved. It is a major device for the game master during the game and therefore it is included in most sets for laser tag business.