PRISM hybrid optical laser tag system appeared in 2015 and up-end laser tag equipment market, gaining immense popularity at European and American markets. Its technical characteristics still set a standard for equipment manufacturers. "PRISM" optics allows the player to accurately hit the target at a distance of up to 2000 feet (600 meters). 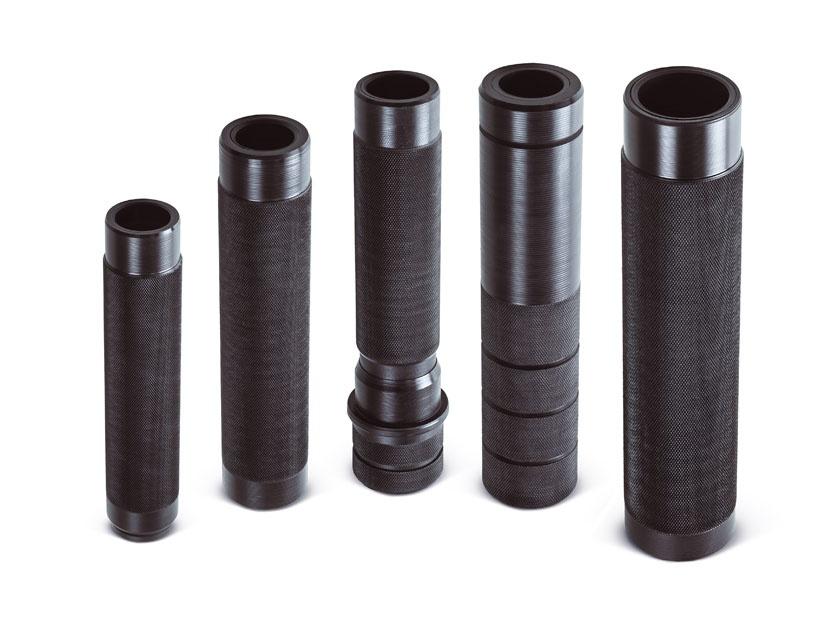 LASERWAR guns optical system has several types and varies by its construction, lens diameter, tube sizes, and design. And of course, our company pays special attention to appearance and military look of our products. While developing the design of optic tubes, we relied on exteriors of silencers and barrel nozzles of guns produced by many countries in the world. As a result, the guns equipped with LASERWAR tubes look absolutely like a real combat gun.

The optics laws cannot be avoided and the range of the shot directly depends on the physical dimensions of the optical system. The developer always has to pay by increasing the length of the tube and the diameter of the lens for increasing the rang of the shot.

Under favorable weather conditions (in cloudy weather), the integrated optical system of the pistol without an external tube will allow hitting the target at a distance of up to 200 feet (60 meters). A pistol with an external tube that looks like a silencer allows the player to shoot at 800 feet (250 meters). The maximum firing range of assault rifles optics is up to 1250 feet (390 meters) and sniper and machine gun tubes are guaranteed to hit the enemy at a distance of up to 1600 feet (500 meters). Heavy sniper rifle hits the target up to 2000 feet (600 meters). The range of the shot depends heavily on weather conditions. In case of bright sun that illuminates the bandage sensors, the amplified automatic gain control system reduces the sensitivity of the sensors, and thus lessens the range of the shot. Therefore, in the gun specification, we always indicate not the maximum, but the optimum range of the shot for a given tagger under all weather conditions.

And of course, we should note the integrated optics of "Predators" and "Phoenixes". Despite the absence of external tubes, their range corresponds to their weapon type. The trick is in the carefully designed casing of the gun, which contains a full optical system with an additional diaphragm, which allows to significantly reduce bounce effects when playing at close distances.

All optical systems range data are confirmed by regularly conducted range tests, video reports can be found on youtube.