The best locations are of course natural locations such as forest areas, complexes of half-ruined or abandoned buildings, etc. However, not everyone has ready natural areas. Therefore, we can recommend you some schemes of universal laser tag locations. 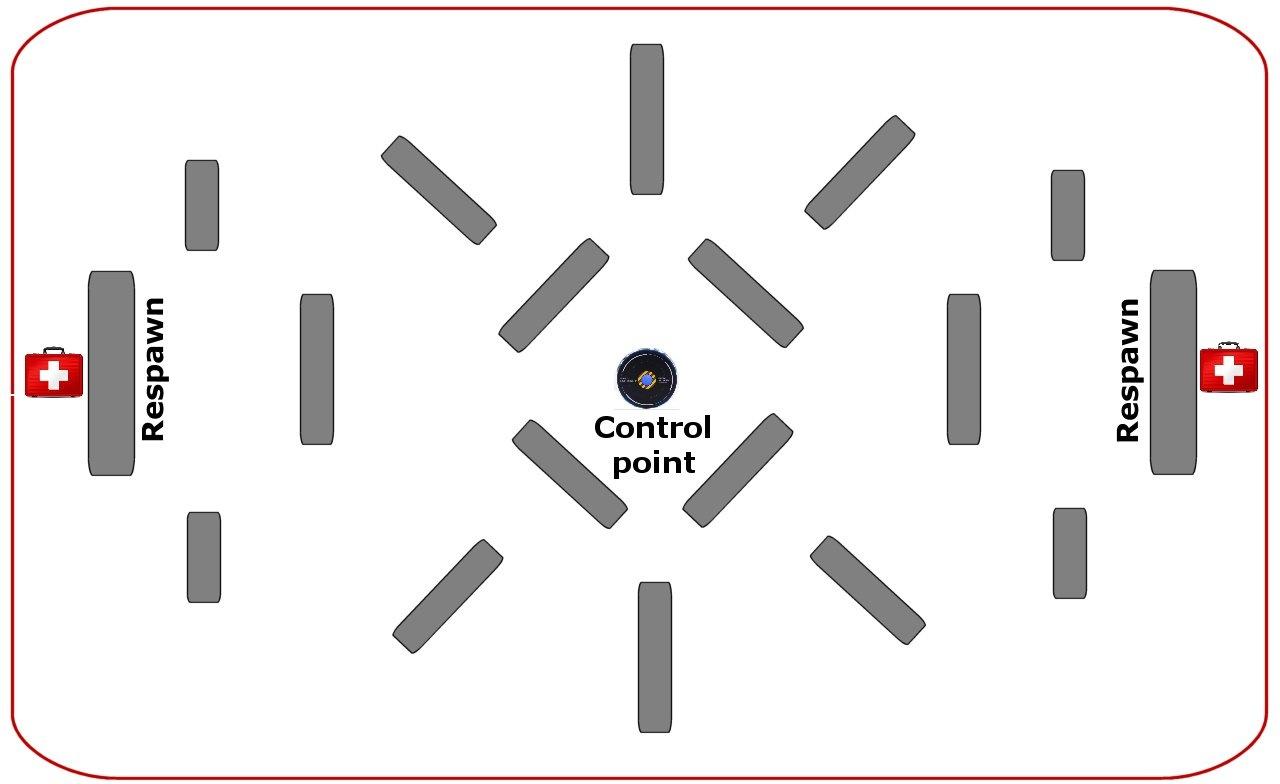 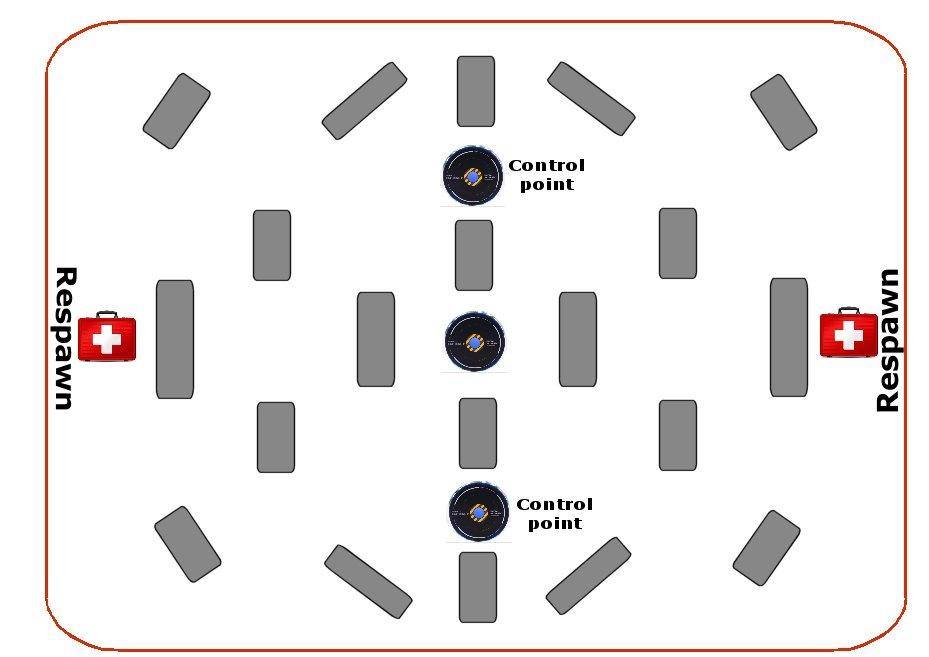 Video of laser tag tournament held at this location with inflatable figures.

One more alternate design of this location made from used autotyres 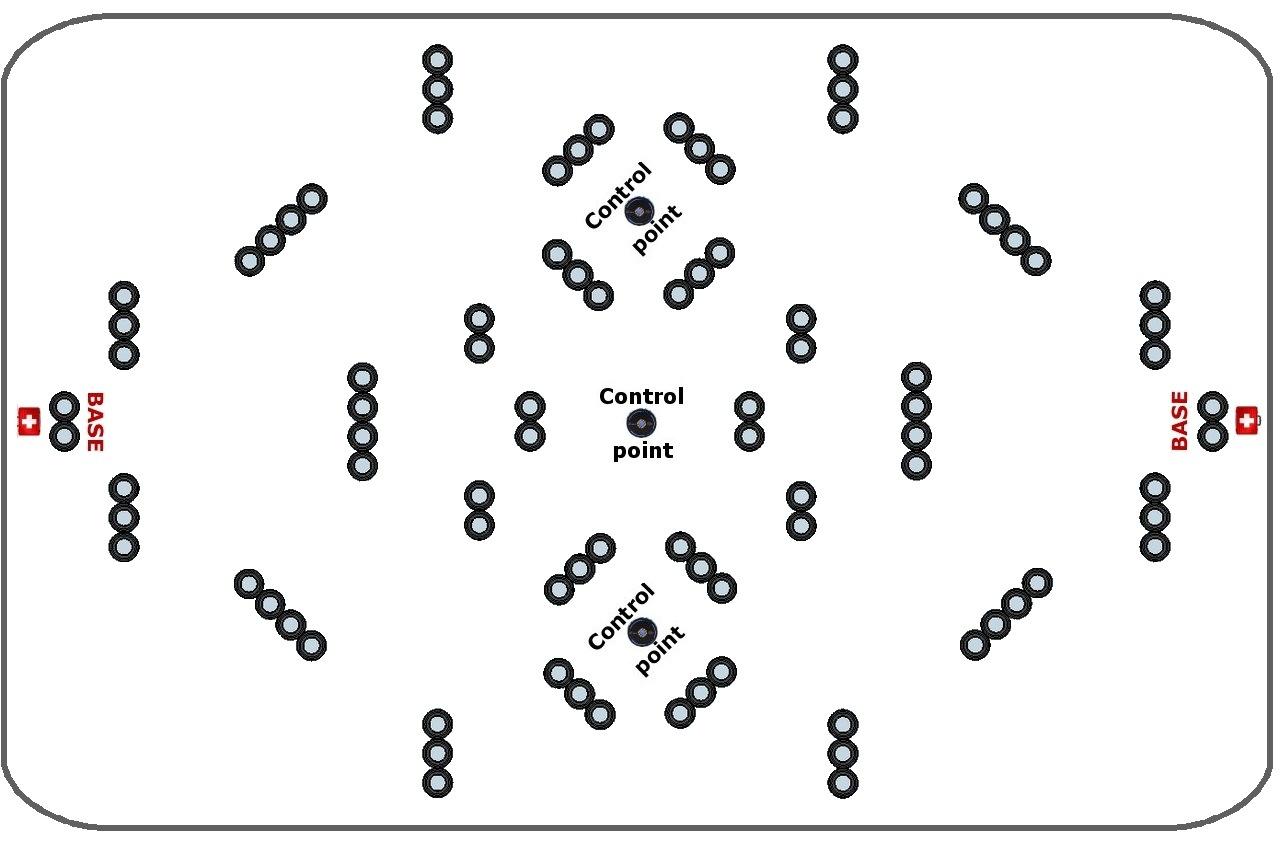 Video of laser tag tournament held at this location with used autotyres.

Example of the standard location made from triple pressed wood-fiber boards fixed with door hinges.
All boards can be easily folded and moved to another playing area. 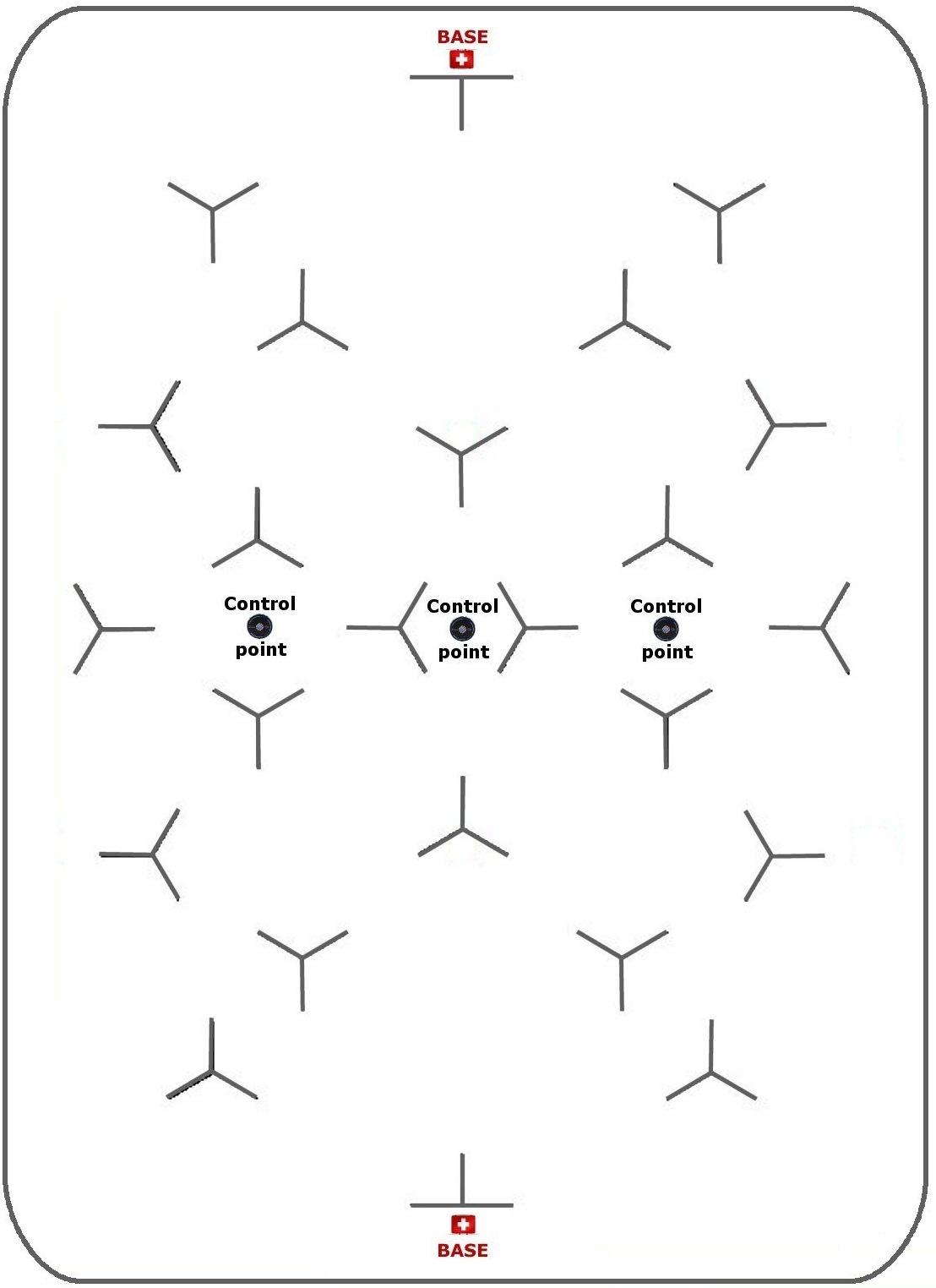 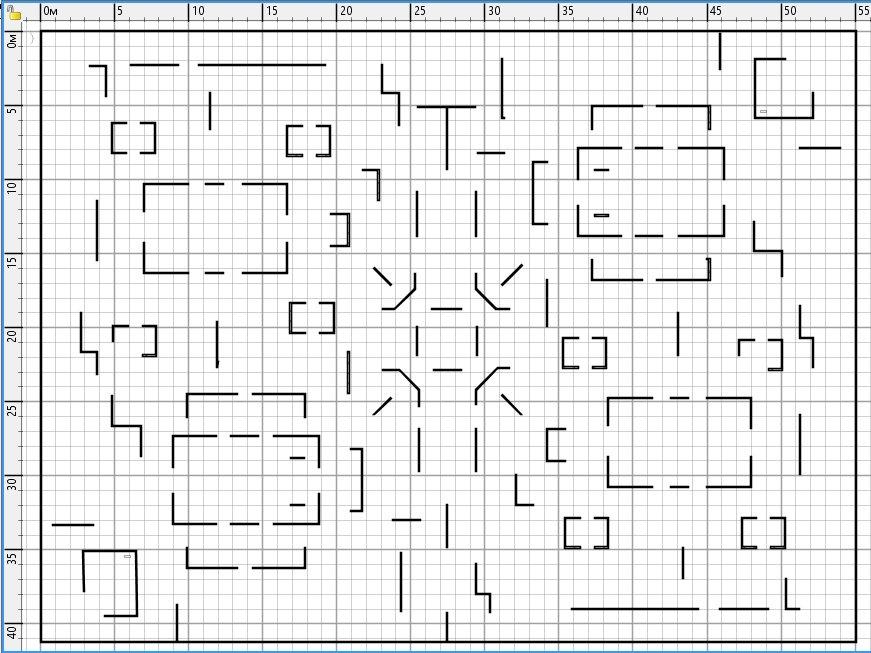 Its universality lies in the fact that you can play most of the laser tag scenarios on this location.

Domination point is located in the center of the location, Respawn device are located in inner corners of the corner rooms.

While you need only one base and one respawn device in this scenario, you have two alternative assault objects: right and left. It is best to change them from game to game so that players do not get accustomed to the same positions. The place for the respawn device is selected on the opposite side from the assault object and not necessarily where it is was in the Domination scenario.

The key reason that the assault object in the Assault scenario is different is that direct approaches should be more open than in the scenarios of bases and flags. Therefore, these approaches are better swept with fire. This makes the assault more difficult, as it gives a little more advantage to the defense team due to the large amount of swept space and swept direct lines. This location configuration is developed on the basis of long experience in Laser Tag games.

Of course, you can create your locations based on these schemes.