LaserWar company engineers were most responsible fulfilling their duties while developing a new wireless Headband for laser tag players. Finally, they have managed to create a product, which has no equal in the mid-price segment in the US.

Gorgeous and modern appearance outside, and our best technical solutions inside. 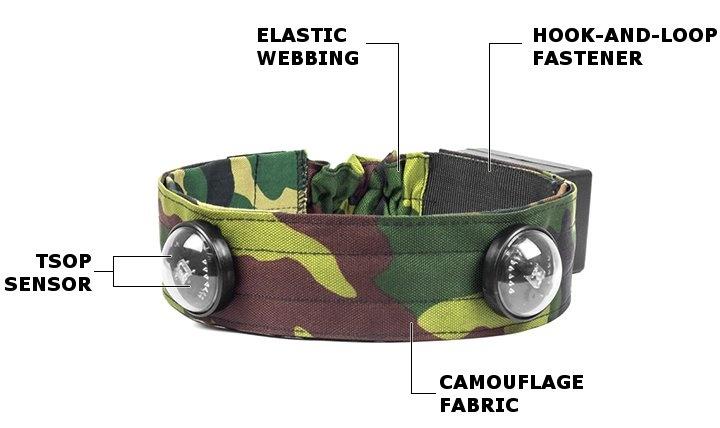 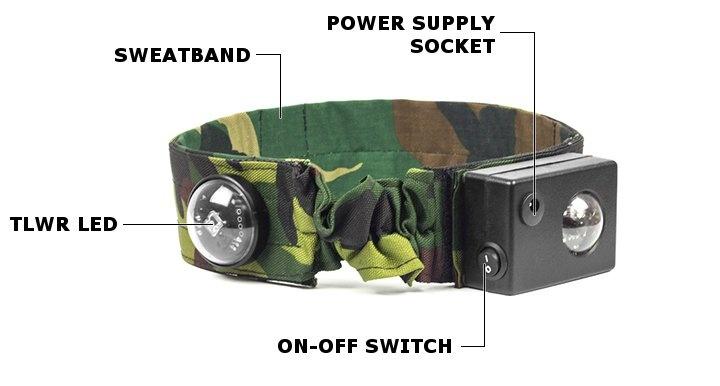 The power source of 5-generation wireless headband is a rechargeable lithium battery with 1400 mAh capacity.

This provides game duration up to 36 hours. Complete charging of this battery takes just 1 hour and 20 minutes. The use of batteries of the same type in a Headband and Tagger allows using one type of charger - “Li +” for both devices.

Please Note. Headband battery charge process should be under constant supervision. Continuance of charging shouldn't be more than 80 minutes. Disregarding these operating instructions can be the reason of operating capability failure.

Seven infrared sensors, TSOP 4856 make it possible to receive a signal not only 360 degrees horizontally but also 180 degrees vertically.

Bluetooth wireless technology provides a secure and stable connection between the Taggerand Headband at a distance of 30 feet. In the case of battery discharge in Tagger or Headband, you don't need to setup it again, simply turn on a spare Headband and it will automatically link to the Tagger. Synchronization of the Headband with the Tagger takes less than three seconds, all on a plug and play basis.

Tinted domes that protect board with sensors are made of special polycarbonate, with a strength 200 times higher than that of glass. The uniqueness of tinting is not only for decorative appearance but also in the transparency of the material that transmits 94% of infrared radiation of 890 - 1040 nm wavelength. Dynamic shock loads tests have shown that these sensors are extremely vandal proof. Moreover, sensor material is resistant to temperatures from – 60°F to 250°F degrees and is not fragile at low temperatures. And thanks to the convex shape of the dome, bright LEDs are even more noticeable at long ranges. Used LEDs are manufactured by Vishay company (TLWR series). These LEDs are highly-reliable, quality and have optimum brightness. 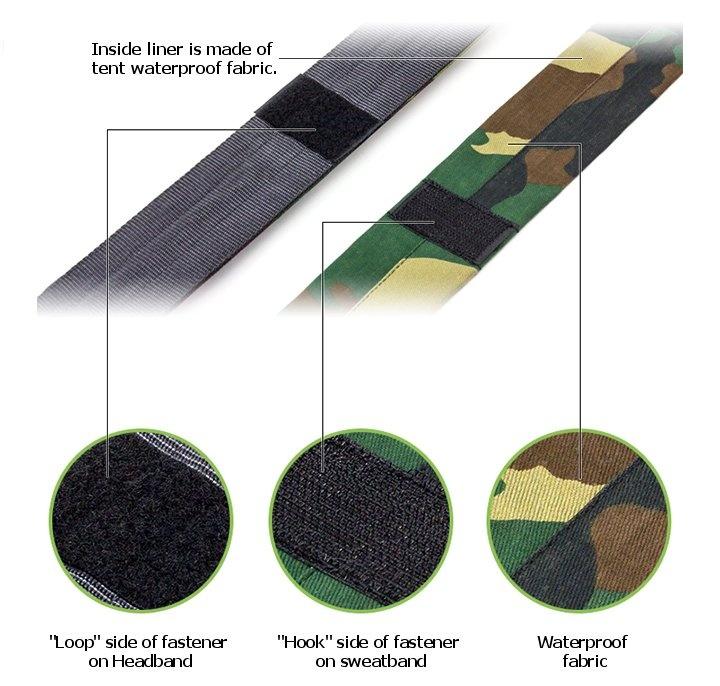 The headband comes with a sweatband of waterproof fabric, which enhances the protection of the electronic components from the effects of moisture.

We conducted a lot of tests and know that the quality of sweatband virtually eliminates the access of moisture to the Headband with sensors. Thanks to these new hygiene sweatbands, sensors do not fog over when exposed to moisture and heat. Sweatbands are mounted with a hook and loop fastener system and can be easily washed. The maintainability of the headband was increased due to the modular assembly system. The sensor cap is not attached to the base with glue but is tightened, therefore facilitating product repair. Reducing the size of the sensor significantly improved the appearance of the product. The headband weight is nearly 7.5 ounces.