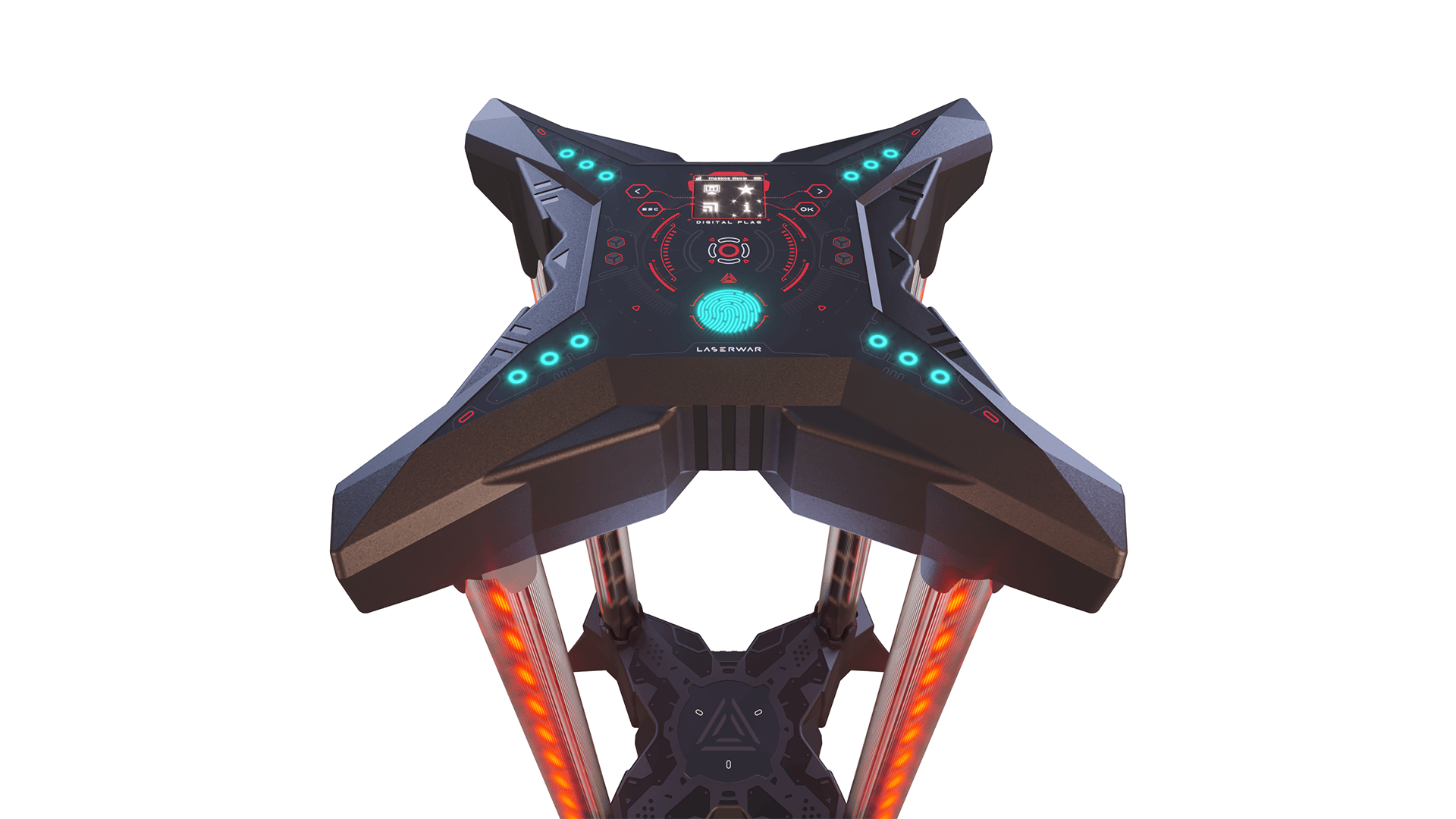 With shipment Delivery method will be selected by customer and approved by manager. for $0
Sales price $298
Price / kg:
LaserWar 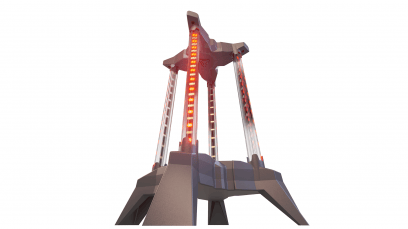 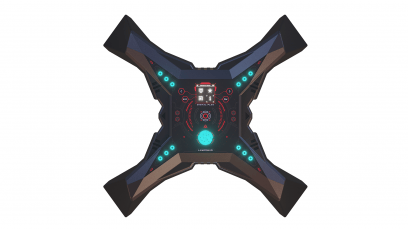 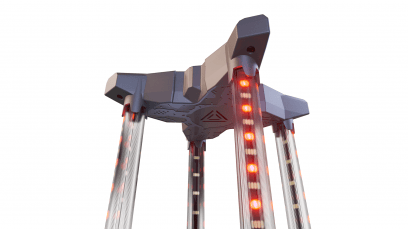 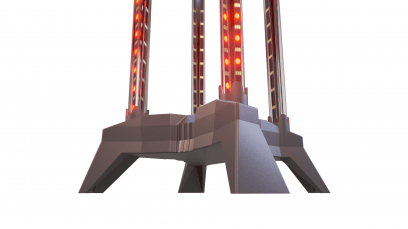 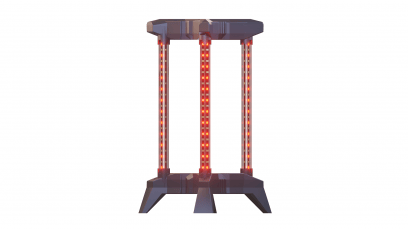 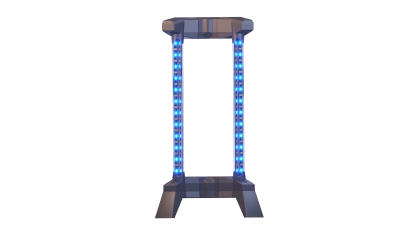 What is the advantage of laser tag in comparison with other types of military sports games?
This advantage is using specific equipment and electronics. It means that all gaming events are accurately proceeded by electronics of game devices and all actions including shots, hits, statistics should not be calculated by players manually like it is done in paintball and airsoft. That’s why a laser tag is always a fair game.

This task is always put at the forefront while developing laser tag devices. That’s why or engineers think not only about the appearance and usability, but also about an overall system of interaction of devices between each other.

This Digital Flag is first in the 2020 devices gaming line. This new device is a mix of technologies, our proprietary X-design, convenient setup, impressive durability and battery working time. All these characteristics are now available to laser tag business owners and operators. 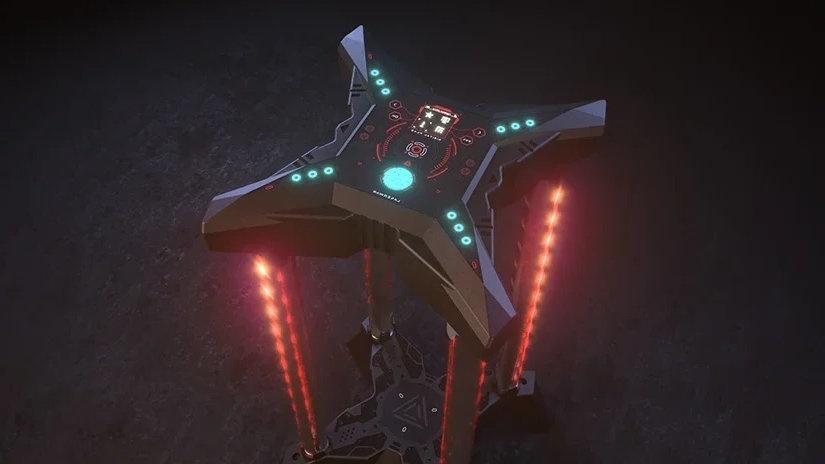 This device makes it possible to play the «Capture the flag» scenario in a new way. No more unsafe running with a flagstaff in hands. Now capturing a virtual flag has become understandable, simple, and cheating-free.

- When a player shoots at the “Digital Flag” device at an enemy base “Digital Flag” sends a command to the player’s headband and it begins to flash showing to other players that he is carrying the flag. This means that he took the flag from the enemy base.
- The player runs to his own base to carry the flag to his team base. His team tries to defend him and the enemy team starts to prevent flag carrying by killing this player.
- If during the mission the enemy players kill the carrier, he will lose the flag.
- The flag carrier should come to his “Digital Flag” device that is located at his team base and shoot it to finish the round. In this case, the device will announce the victory of the team with a loud sound.

If the game goal is the maximum number of successfully carried flags, the winning team will be defined by the system after the end of the round time.

In addition to the flag scenario, this “Digital Flag” device has 6 additional scenarios for both beginners and veteran players. So this multifunctional device can perform the functions of a team base, control point, and command post. 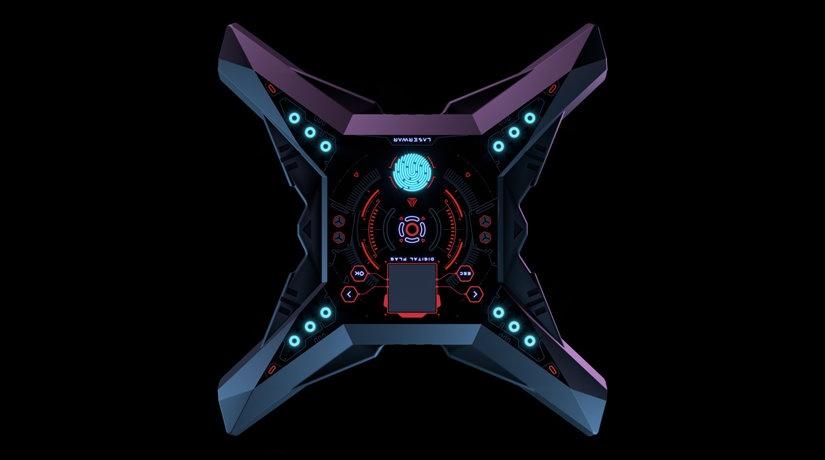 When developing a new device, we always pay attention to appearance, but at the same time, device design is always associated with functionality and its tasks.

For the manufacturing of the “Digital Flag” case, our engineers used a special impact-resistant plastic of high viscosity. Thanks to this, we have made a device that is durable, and resistant to shocks and falls.

"Digital flag" is located on an X-platform with legs. So after the games, the instructor can clean it from dirt and dust.

The bright backlight is located inside 4 vertical tubes. These tubes are made of durable polycarbonate, and they wouldn’t crack or break even while intensive use. 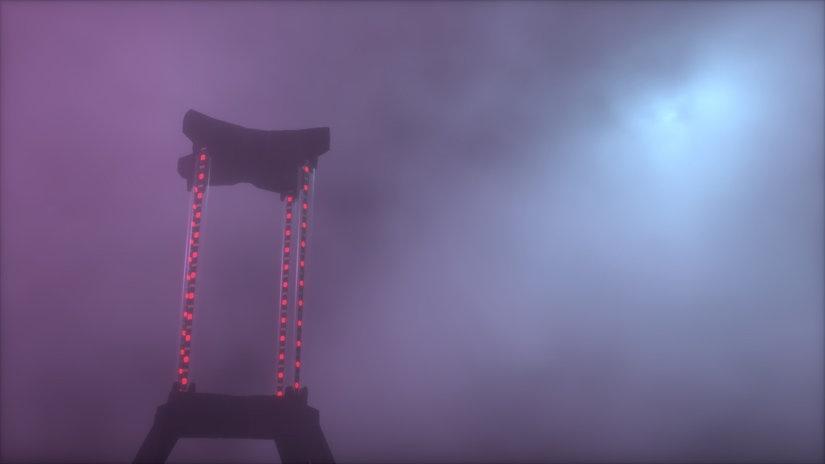 The main task of the bright backlight is clear status identification. It shows who is now capturing the “Flag”, and what the status of the device is when the round is over. Now bad weather and darkness will not interfere with the game.

The top of the device is also made as an X-platform. It has control buttons and display.  The top of the platform also has its own backlight on buttons and corners. The digital panel also has 12 LEDs that show commands of hitting, radiation emission, or anomalies. In addition to side lighting, 100% of the information can also be seen on the top panel.

In addition, engineers made sure about leakproofness. Therefore, all elements of the device will work in any weather. 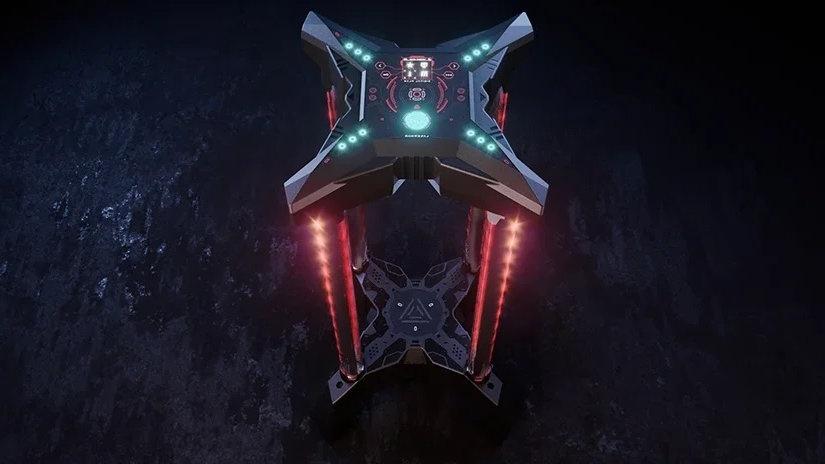 Battery. An advanced flag indication system requires a high capacity battery. And we made sure that the device worked as long as possible. The case of the device was designed to have enough space for a powerful battery. A lithium-polymer battery with 8800 mAh capacity will provide at least 12 hours of continuous play. The battery can withstand extreme cold up to -22°F (−30 ° C) and heat up to +122°F (+50°C), so you can play with the Digital Flag in any weather conditions.

Speaker. The device is not only visible but also such a device should be audible from afar. The speaker produces a 16-bit sound with a 44 kHz frequency of, which is comparable in quality to a digital MP3 file. A 3-watt amplifier provides impressive volume. The game operator can increase or decrease this parameter. The adjustment in a few clicks will take a few seconds. All audio effects are recorded and digitized in a professional studio. Thanks to this, the “Digital Flag” sounds incredibly realistic.

OLED display. All device information and its settings are displayed by a high-quality 1.5-inch OLED display. High-resolution 128x128 pixels and more than 160 degrees viewing angle guarantee a clear and bright image. The display does not glare in the sun, providing a comfortable game at any time of the day.


Touch Button In the "Digital Flag" the familiar mechanical button has been replaced with a modern touch one. Depending on the scenario, it also respawns the players or adds ammo.
The thick glass covering the mechanism is highly sensitive. the button works very fast. The sensor withstands more than 600 thousand touches, so the button will work after thousands of games.

Interaction with the device 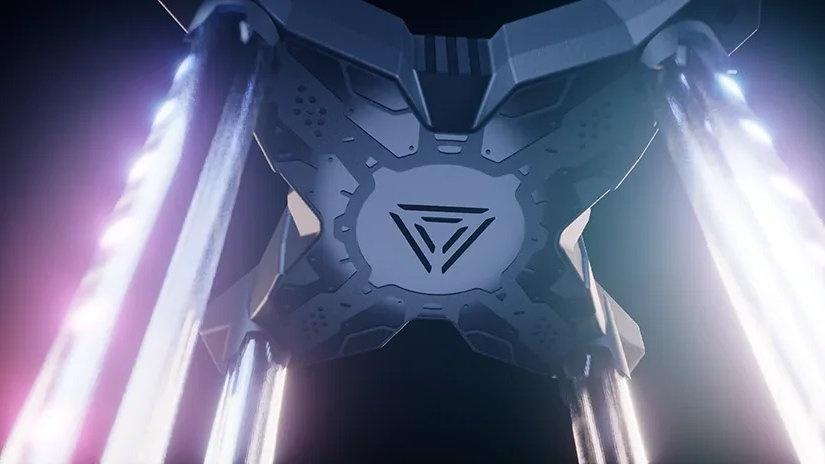 The Digital Flag is also suitable both for large-scale scenario games for hundreds of players and for a small laser tag operator children's part.

Smart system of hits recording. The system “Flag” hits recording is designed so that the player should shoot and can hit the device only from close range. Players will have to be very adroit and cunning to get to the "Digital Flag" and capture it. Shots from shelters will be useless, it means that the players will have a dynamic and exciting battle.

Setting up usability. This “Digital Flag" can be controlled using the four buttons on the case. These buttons give a tactile pressing feeling so that the user correctly correlates his actions and the reaction of the device.

Compatibility with all generations. It doesn’t matter what generation of equipment the operator already uses. X-gen, 9th, or 8th, and even earlier versions will work with “Digital Flag”.

This new device has combined all the best from additional devices developed by LASERWAR. It will become a cornerstone of any laser tag game and will make a stunning impression on your players.

At the end of the round, the flag beeps and flashes with the color of the holding team. The flag display will show how many enemy flags were captured by the players of this team.

2. Control point Scenario.
Initially, the flag glows with a neutral white color. Players should capture it with a shot. When the flag is captured it glows with the color of the team which holds it and the device counts the holding time. If the player of another team shoots the flag, it recolors to the color of the new team and starts counting the holding time of the new team. If the player of the first team recaptures it again, the device resumes counting the holding time of the first team.
At the end of the round, the flag emits a sound signal and flashes with the color of the winning team. The winning team is the one that holds the point longer than others.

3. Confrontation
At the beginning of the game, the digital is neutral and it glows with the colors of all the teams participating in the game. Capturing is made by a shot. The longer a team holds the flag, the more LEDs on the flag light up with the color of that team. As in the «Control point» scenario, the device summarizes the capturing time of each team.
The device does not emit respawn impulse in this scenario.
At the end of the round, the flag emits a sound signal and flashes with the color of the winning team, that is, the team that owned the flag longer than others.

4. Military base scenario.
Each team participating in the game has a digital flag device. In this scenario, it acts as the team respawn base, where the dead players can restore health. The base has a certain number of hit points and can be destroyed by enemy players from a close distance. If being destroyed, the base stops respawning players' life, until the base is auto restored.
At the end of the round, the flag beeps and flashes the color of the team to which it belonged. The flag display will show which of the opposing teams and how many times destroyed this base during the round.

5. Outpost scenario.
This scenario is similar to the Military Base scenario. The main difference is that the outpost is initially neutral, the teams should capture it. After the capture, the outpost will be able to reanimate the players of the team that owns it (“Impulse” setting should be enabled). To recapture the outpost, the player should destroy it.

At the end of the round, the device emits a sound signal and flashes with the color of the winning team, that is, the team that owned the outpost longer than others. The ownership time is displayed on the OLED screen.

6. Hospital scenario.
Initially, the Hospital is neutral, and players should capture it with a shot. As in other scenarios the Hospital is colored in the color of the team that holds it.

At the end of the round, the device emits a sound signal and flashes the color of the winning team, that is, the team that owned the Hospital longer than others. The ownership time is displayed on the OLED screen.

7. Arsenal scenario.
Initially, the Arsenal is neutral, players capture it with a shot, the Arsenal is colored in the color of the team that captured it. In this scenario, if the “Impulse” parameter is turned on, it restores not health points but the ammo of the players that belong to a team holding the Arsenal.

At the end of the round, the device emits a sound signal and flashes with the color of the winning team, that is, the team that owned the Arsenal longer than others. The ownership time is displayed on the OLED screen.