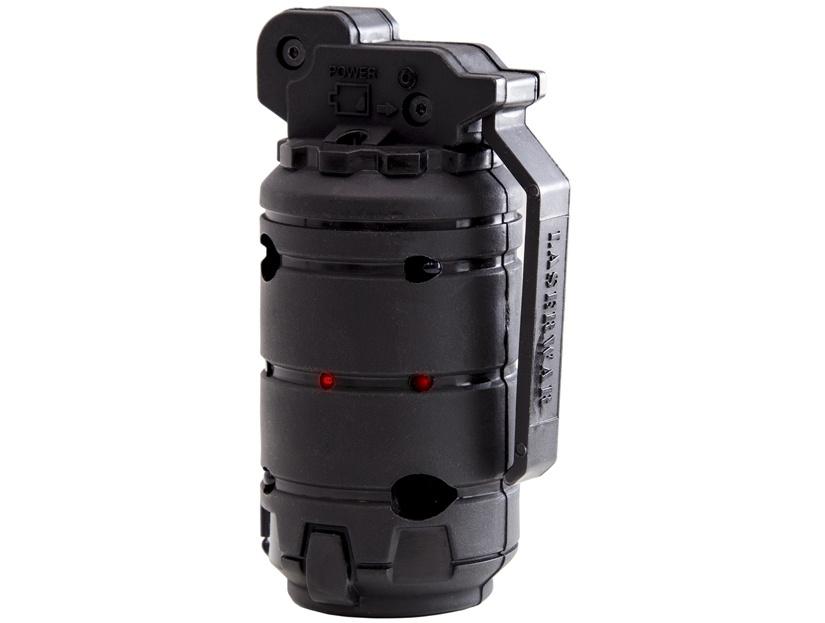 Laser Tag Grenade
With shipment Delivery method will be selected by customer and approved by manager. for $0
Sales price $90
Price / kg:
Description

We use a press mould that is cast from arms plastic. We have selected such production technology for some specific reasons. First, a grenade is equipment that is most exposed to physical action. The walls, floor, shelters and all other obstacles will test the strength of this device in every game a lot of times.

Therefore, when choosing the material for this device, engineers firstly took into account the indicators of the material’s impact viscosity. Compared with ABS-plastic, this parameter is three times higher for our material.

Arms plastic is also good in other aspects. The Laser Tag Grenade is activated by the trigger. To switch grenade to battle mode and activate it, you should pull and then release the trigger, or press the upper part of the trigger, and the grenade goes into battle mode. The trigger is a moving element, so its reliability greatly depends on the material. The gun’s plastic copes with such a strain load, ensuring thousands of hours of comfortable play. 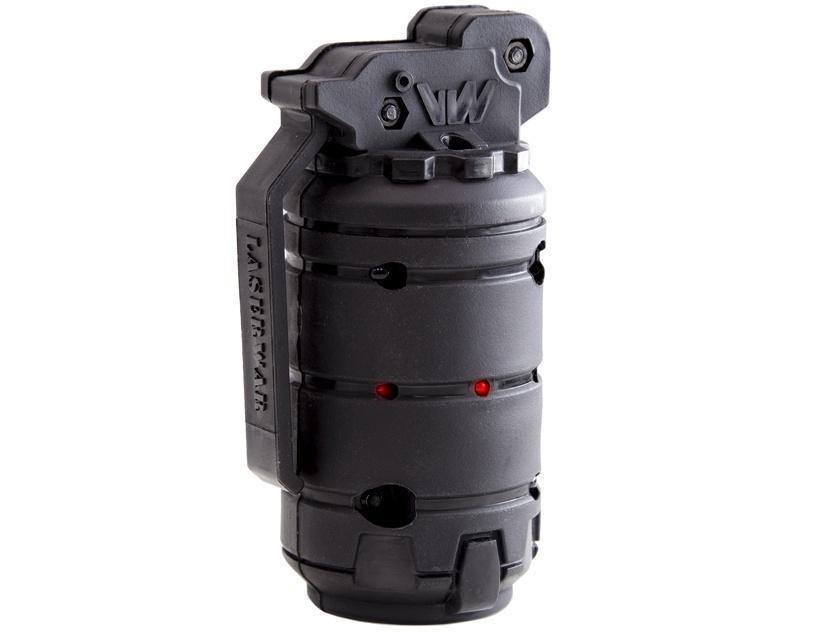 The device is equipped with six wide-angle IR diodes, two of which are located in the upper part. Confident defeat distance is 65 feet (20 meters) for indoor using and 30 feet (10 meters) for using in open areas.

The Laser Tag Grenade has several different levels of status indication. The body of this grenade is equipped with 6 red LEDs. In the battle mode, they show how much time the player has before an explosion. The same functions are duplicated with the powerful piezo signal. 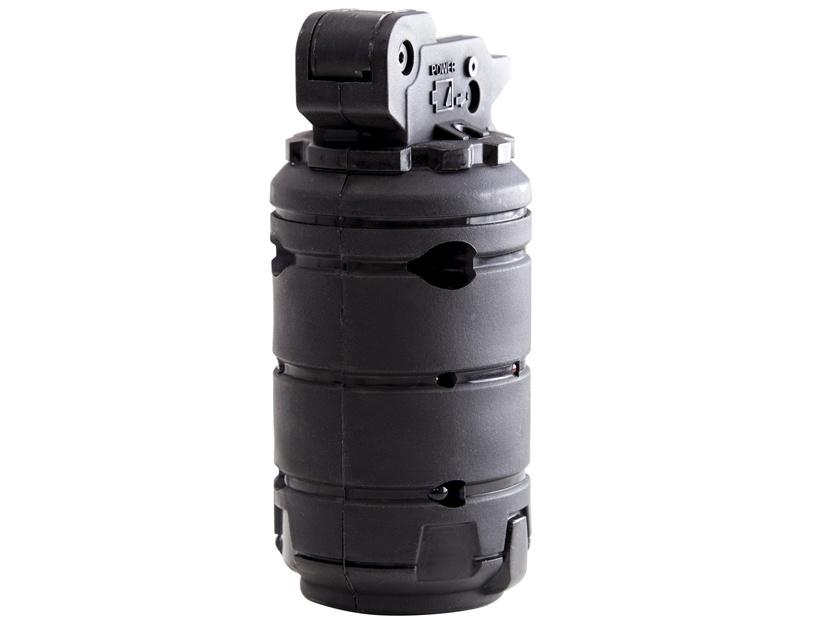 Inside the Laser Tag grenade

The internal architecture of the device is made so that the electronics will not budge even in bumps.

So, grenades will not fail when the chips are down and will erase enemy storm troopers.

We completely redesigned the power supply system of the device by installing a 350 mAh 3.7v rechargeable battery and a special charge board with a standard slot for a Li + charger or Firefly.

The basis of grenades design is functionality. The device was designed in such a way that using it was very comfortable. At the height of the grenade is 4.5 inch (11 cm), so the grenade perfectly lies in the hand. It is also convenient for transportation.

We have removed the direct activation on the button in the design of the grenade as it was in previous versions of this device. These changes allow you to exclude accidental activation of the laser tag grenade during transportation and, if there is no button, there is no element which can quickly break down. The weight of the grenade is 5 oz (140 grams).

Externally, the grenade is a dull black color and all screws are recessed into the body. We always endeavor to make authentic devices, because everyone wants laser tag equipment to not look like a box with electronics. Our Laser tag grenade looks like a real grenade.

Trinity grenade has an Admin mode. It can be programmed quickly and does not require additional devices such as a PC, tablet, or phone. Setting up a grenade is done in 5 easy steps: