With shipment Delivery method will be selected by customer and approved by manager. for $0
Sales price $110
Price / kg:
LaserWar
Description

MedKit is a Respawn or Reload device, that is used in some Laser tag game scenarios, such as Assault, Domination, Bases and so on. 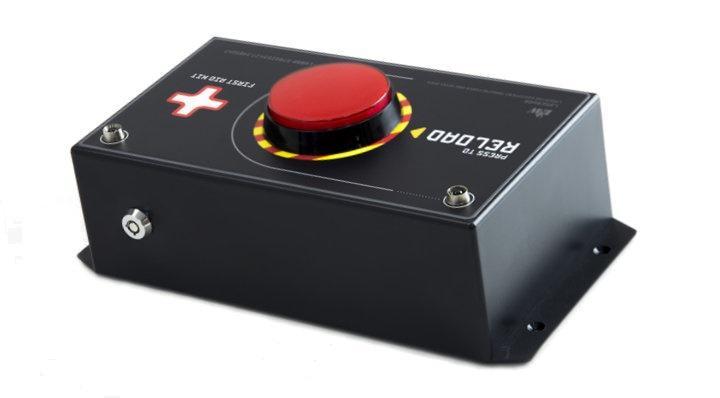 This new MedKit device version is equipped with a lithium battery with 2.2 Ah capacity, which increases operation time up to 36 hours. Players and club managers do not have to use some new type of chargers for this device. It is charged with Smart Li + power adapter that is used for most Taggers, Headbands and additional devices. Due to the new battery, this MedKit weights only 17 oz (480 g).

We have designed a new body for this MedKit. Now, it has additional flanges on the back cover, so the device can be fixed for example on the wall, that may be needed in some game missions and scenarios.

The new MedKit has a large button with pressing capturing. This button is not recessed into the body, so players do not have to spend extra time while pressing it.

The rest of the features are unchanged: it has 2 IR emitters, switching on is made with the key, the power connector is protected by a rubber cover plug, and it has reliability proven with the years of operation.