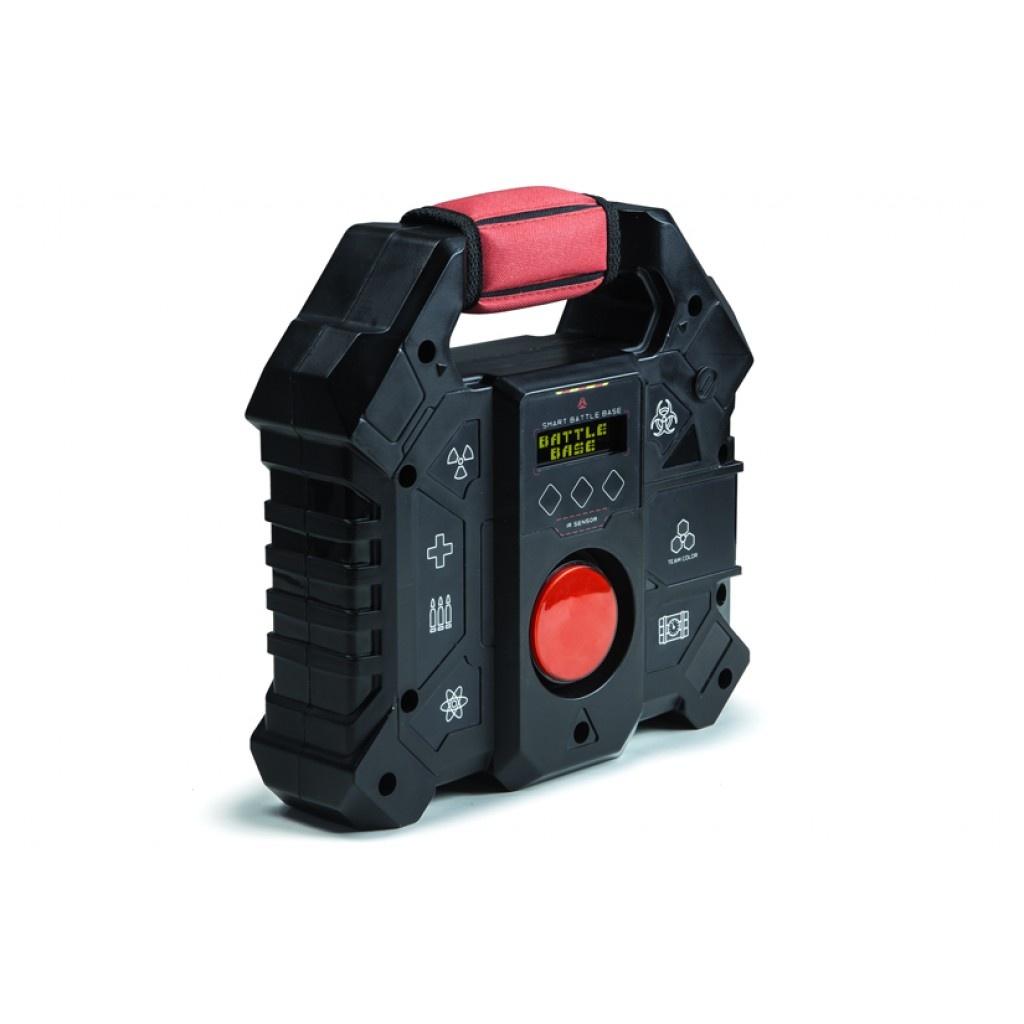 With shipment Delivery method will be selected by customer and approved by manager. for $0
Sales price $230
Price / kg:
LaserWar
Description

Smart Battle Base is a new device in the «Smart» line of LASERWAR equipment. The long way from the idea to the serial samples of the device took two years, during which the functional was carefully worked over. We developed the original case for this device and created technological equipment for its production. Great attention was paid to visual and sound effects. Like other devices of our Smart line, this "Battle Base" is a universal device that can perform several scenario functions in the game process. The design of this Base provides the possibility of its mounting on the wall when it is used as a stationary respawn device or teams' bases device. At the same time, a convenient carrying handle allows you to use it as a mobile device. 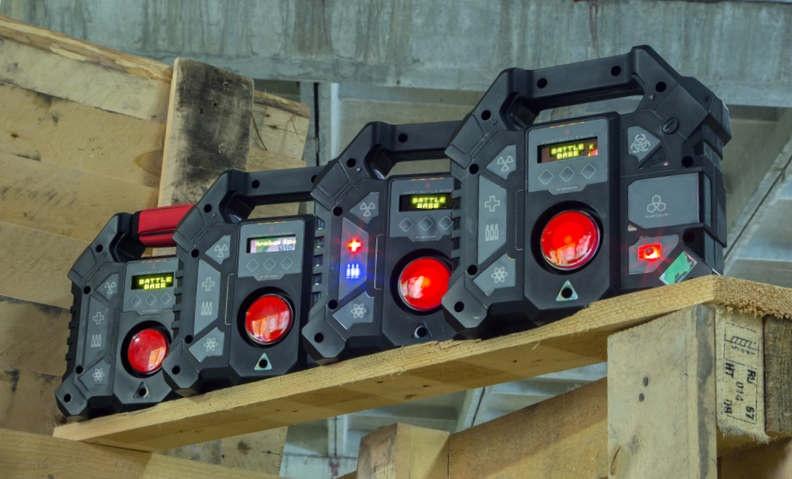 Due to the impressive design and bright, well-visible indication of the operating modes this "Battle Base" will be clearly visible both in open air game and in club’s game spaces. Its powerful sound base system will be perfectly audible in any conditions. 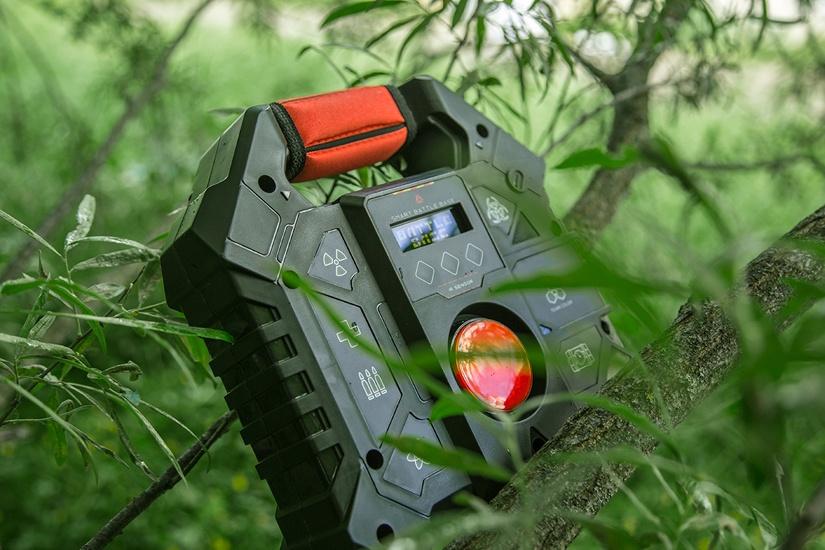 The case of this device is designed in the expectation of possible extreme situations of renting business, thus it has a sufficient safety margin. The body is made of a special impact-resistant polymer with a high viscosity parameter, it has internal stiffeners that greatly increase its strength. The complex shape of the outer body surface is also a kind of external stiffeners of the case. The thickness of the walls gives the device a weight and ensures that the "Battle Base" will not be harmed in case of accidental collisions with obstacles.
A special acoustic cavity for a powerful speaker inside the case greatly improves the sound of the device. You will be amazed by a powerful and clear sound.

The back side of the case has as special holes for wall mounting. A convenient and durable carrying handle is provided with an easily removable cover. One of the functions of this cover can be a distinction of belonging this Base to a specific team. Covers of different colors can be purchased separately. 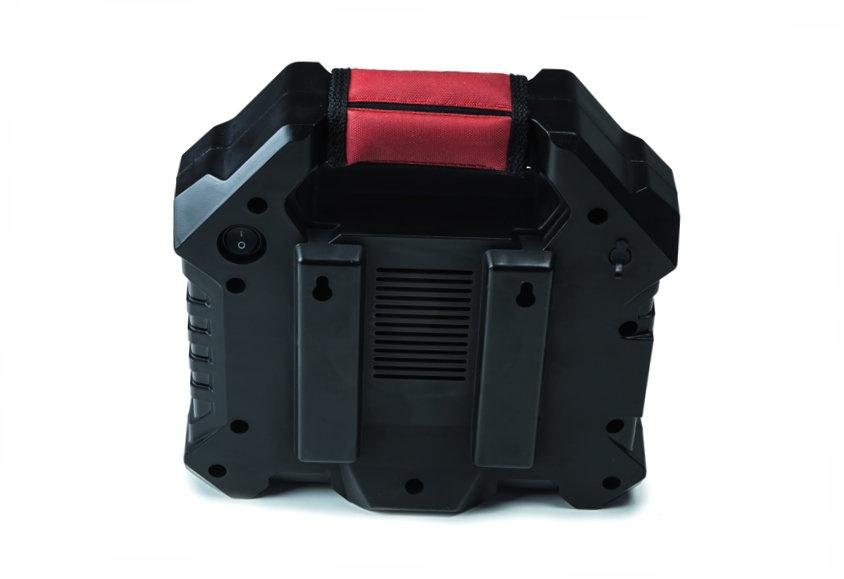 All the game information is displayed on a bright OLED display and is well visible even in the sun. All actions are complemented by a glow of seven bright colored pictograms on the front case panel, clearly informing about current device operation mode.

All pictograms are well read at a great distance and intuitively understandable.

The main game button is made of impact-resistant plastic, it is well visible and convenient to use. The button's backlight will tell you that the button is active and waiting for your press.

Selecting modes buttons, are countersunk located under the OLED-display and do not distract the players.

Setting and selection of operating modes is accompanied by prompts on the display. All the numerous scenario parameters can be quickly configured "on the field" without using additional equipment. 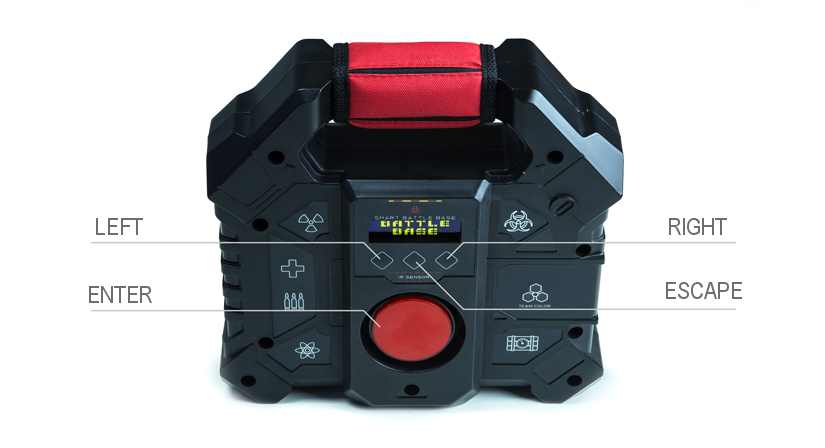 The device has a 2.2 Ah capacity Li + battery that gives the ability to play without recharging from 12 to 24 hours, depending on the intensity of use. Charging is made by the Li + charger, the connection socket is located on the back panel and is protected by a plug. The power is turned on by a key on the rear panel.

All electronic bards are assembled with an automatic insertion method, which eliminates assembly errors.

After turning on the device switches to game mode.

Initially, the BASE can be neutral or belong to any team. You can set the mode of base owner determination by the first in device configuration settings. The support base can emit a preset type of command. The manager can set either a specific command or random command. There are 9 available commands: "Respawn", "Heal", "Ammo", "Rate of fire", "Double health", "Player's color", "Disammo", "Radiation", "Zombies". If the base belongs to one of the teams it sends "Respawn", "Heal", "Ammo" commands during the emission. The game manager can also set the period and the number of pulses to be emitted in device configuration.

In "Support base" scenario if the base belongs to a particular team, the manager can set the possibility of base destruction. The game manager can also specify the number of base strength hit points, the delay period and the recovery rate. When an enemy player shoots the base, he takes away points of strength equal to the damage settings of his gun. If all points of strength are exhausted, the base is considered to be destroyed, and the game stops. The base emits its commands only when the base has a full volume of strength hit points.
If the game manager sets playing with points of strength, it is also possible to set triggering command sending after hitting the base. 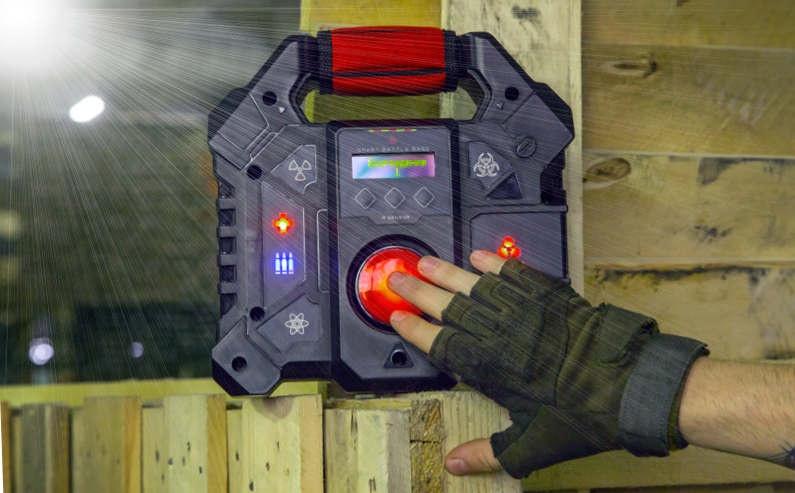 This scenario is played until the end of preset time. The countdown starts after the first capture. 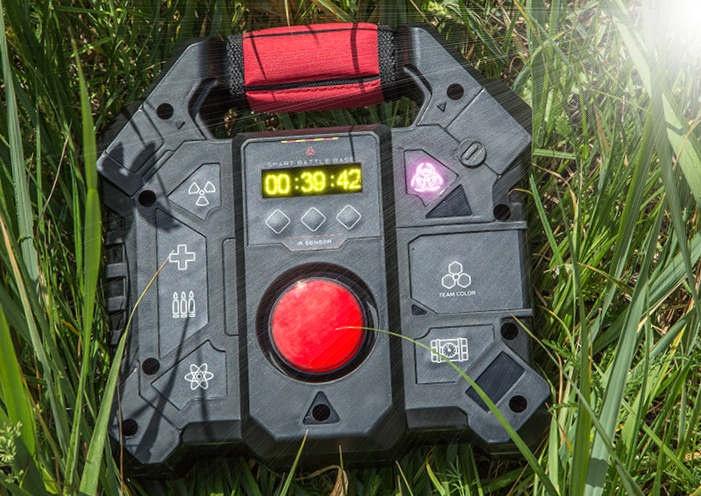 In this scenario, the device is a bomb of a given type. There can be 3 types of bombs: High-explosive, Neutron, and Biological. When a High-explosive bomb is exploded, a single command of "Blow up a player" is emitted.  When the Neutron bomb is triggered, it sends periodically radiation command that lessens the player’s health hitpoints each time by 25%. When the biological container is triggered, the device emits a Zombie command.

To activate the bomb, the player should press and hold the game button for a certain time. After that, the bomb is considered activated and it starts a countdown before the explosion. During this countdown time, the bomb can be deactivated. To do this, the player should perform the same actions, it means also pressing and holding the game button for a certain amount of time. The game manager can also preset an option of confirming the activation and/or deactivation of the bomb by a shot. In this case, we can guarantee that only «live» player will able to perform these actions because «dead» player can’t fire.

Depending on the scenario, the bomb can be mounted stationary, with the need to activate or neutralize it, or can be used as a portable explosive device for a sabotage party.
It is possible to play a scenario with using this "Combat Base" as a container for transportation of «radioactive» or «biologically hazardous» substances, which should be delivered to the intended destination within the time set by the timer.

Scenarios of using this device are limited only by game managers’ the imagination. Perhaps, as new requests for the functionality of the "Battle Base" appear, it functions will be extended, because LASERWAR always tries to take into account all wishes of players and operators.

For compatibility with some types of laser tag equipment, it is possible to replace the "Respawn" command of MILES II protocol with the "New Game" command. This can be done in main menu "Main Menu-> System-> Compatibility".

- For paging the menu use "right", "left" buttons.

- To select a menu item, press the "Enter" button (it's a main game red button).

- To exit the submenu to the upper level, use the "Escape" button.

Several editors are used for changing device settings: the time editor, the number editor, and the vertical list. In the time and number editors, use the "left", "right" buttons to move the cursor to the required digit and press "enter". After that use the buttons "left" (decrease) and "right" (increase) to change the value of the digit and press "enter". When you have finished editing the number (time), you should move the cursor to the "Ok" field and press "Enter" button. After that, the parameter will be written to the configuration file in device flash memory. If for some reason you need to cancel changes made during this session press "Escape". This will exit the editor without saving the changes. To select an item in the vertical list, use the left (up) and right (down) buttons to select a list item and press "Enter" button. If you click "Escape" while selecting a list item, it will exit the menu without changing parameters.

Thanks to the OLED display the whole base setup process is intuitive and can be produced "on the field" without using additional equipment. 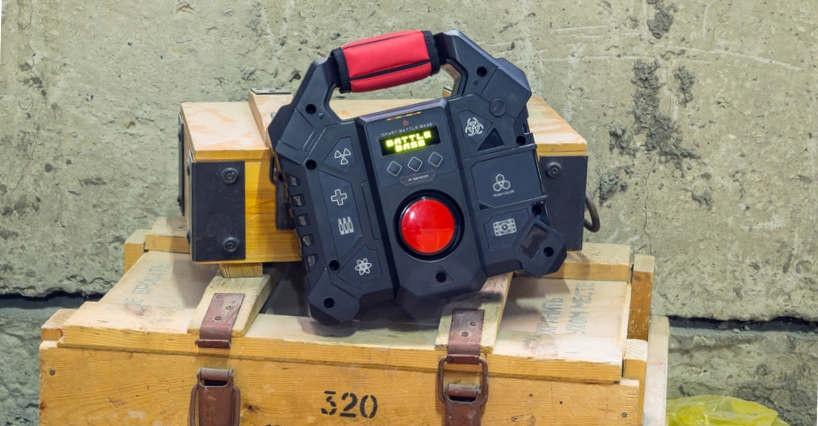