With shipment Delivery method will be selected by customer and approved by manager. for $0
Sales price $90
Price / kg:
LaserWar
Description

Why does a laser tag player need a knife?

Usually, such a knife is used as a secondary or even tertiary weapon if the player has run out of ammo, or he/she has to operate in a limited space, or needs to silently kill the player of the other team with a headshot. The previous laser tag knife, released by the Laserwar company many years ago, had one drawback, it was not personalized. This means neither the players' color nor their ID was transmitted when the enemy was hit.

The gaming device is made on the basis of a training knife. The mass is about 3.5 oz (100 grams). It is powered by a built-in lithium battery and can be charged from any USB source. Charging from your phone, USB socket in the car, and even in your PC or powerbank can solve the problem of charging the device.
The capacity of the batteries will allow the player to use it for several days without recharging, depending on the intensity of use of the device. In standby mode, it will wait up to one month, thanks to the energy-saving mode of the control processor. 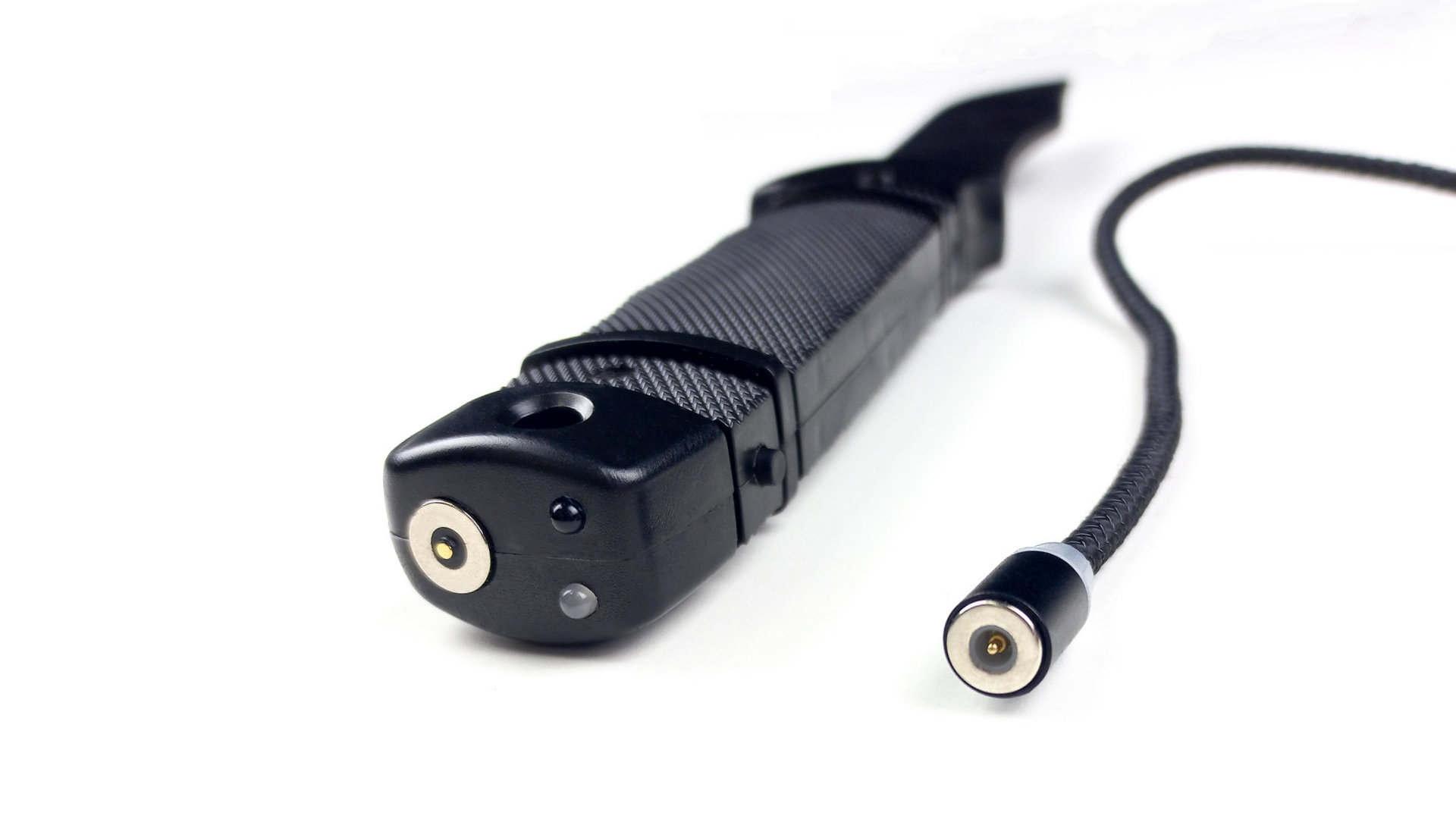 The handle of the knife is equipped with a magnetic socket for connecting a USB charging cable, which provides an instant connection, and also protects the electronics of the device from moisture. The LED indicator will allow the owner to control the charging process of the knife. 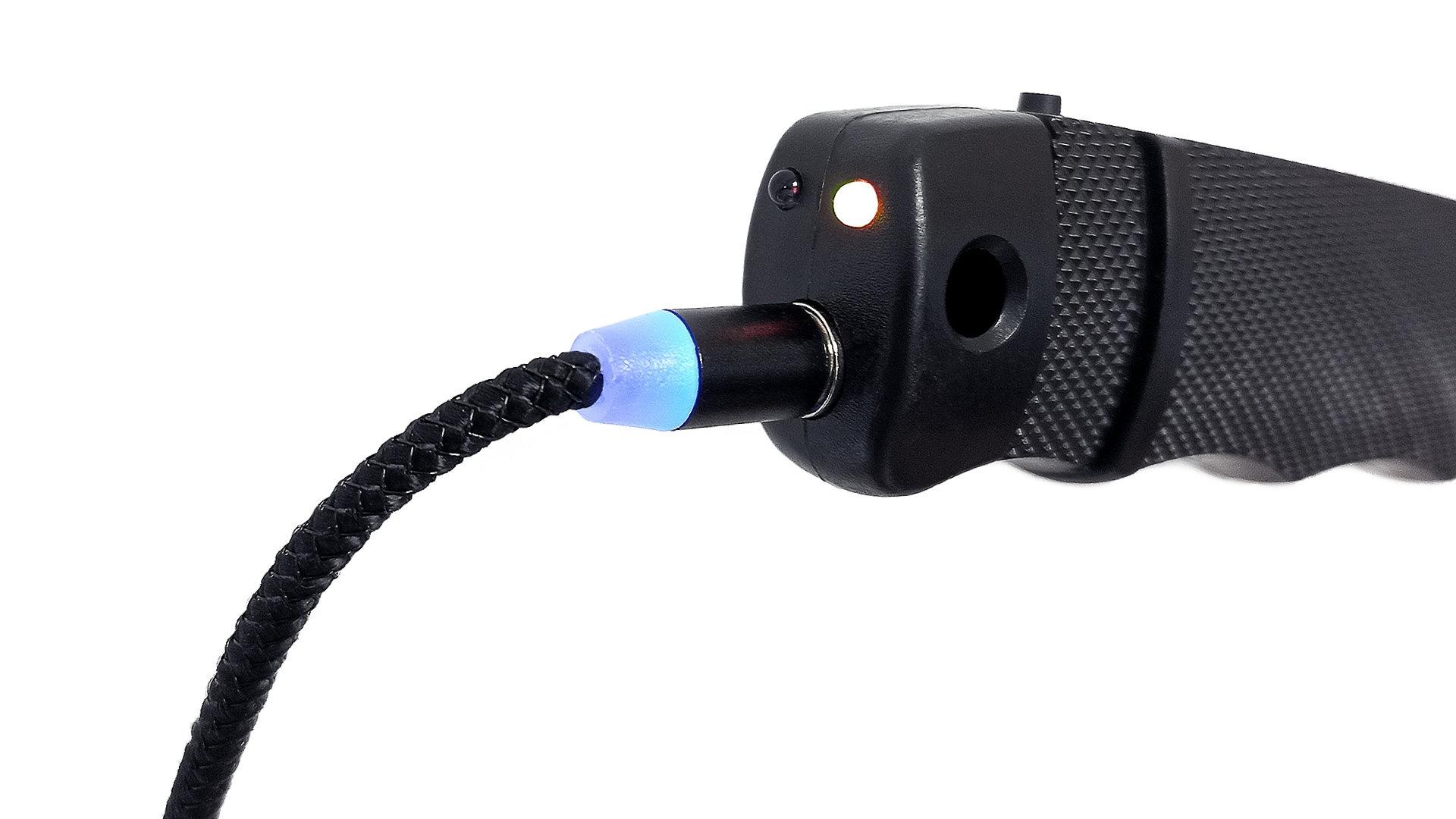 The principle of operation of a laser tag knife is very simple. The IR hitting diode is located in the handle base and is directed in the opposite direction from the rubber blade. When the player presses the button, the IR diode hits the opposite player with the headshot command and kills the player regardless of the number of his lives. 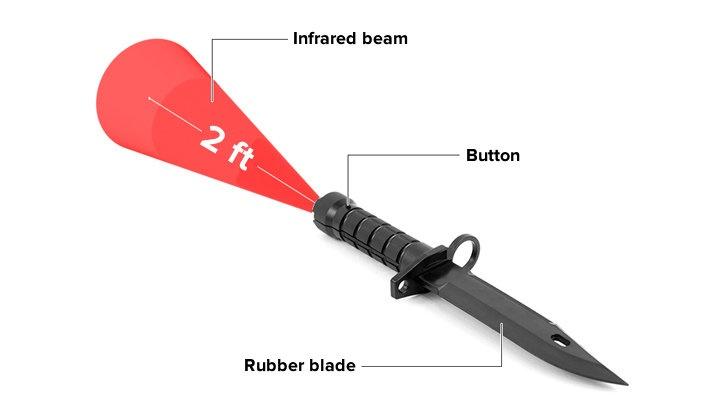 The hit distance of the hit is within 2ft (0.5 meters), depending on the sunshine. The safety of use is guaranteed by the handle-forward-firing principle.

Thanks to the personalization algorithm, it is possible to set a player ID to a new laser tag knife so that the hit caused by this knife is taken into account in the player's personal statistics.
To set the knife use IR receiver that is located at the base of the knife handle.

This knife comes with a plastic sheath and a charging cable with a magnetic connector.