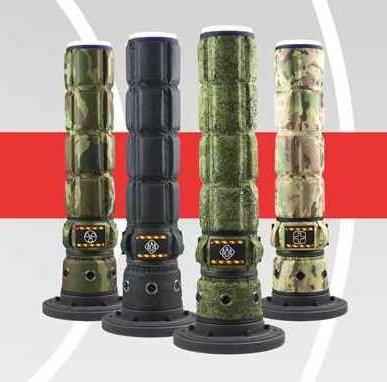 With shipment Delivery method will be selected by customer and approved by manager. for $0
Sales price $198
Price / kg:
LaserWar
Description

All this we have in our new smart control point.

Our new laser tag Control point is made in MILSIM style, so it perfectly suits any military sports game. The presence of a display, digital sound, statistics, and preset scenarios makes this new point really smart.

The top and brightest part of the device is the indicator panel. Unlike the previous generation device, this indicator panel is equipped with 80 LEDs and a bright seven-segment display.
LEDs are divided into 2 circles. The external circle has 32 LEDs and internal has 48 LEDs. The outer circle of the LEDs shows the color of the team that captured the point and is holding it right now, and the internal scale displays an indication of the capturing and holding process. 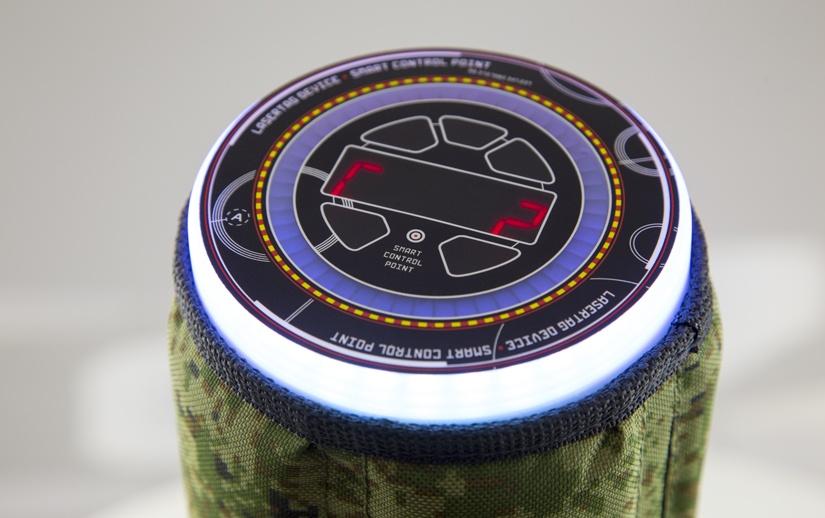 In the new device, we wanted to make sure that players shouldn’t keep in mind the "round" time and shouldn’t calculate manually how much more it is necessary to hold the Control point until victory. Therefore, all these data can be seen on the seven-segment display, which is also located at the top of the device.  This new Control point has got a bright display, rich colors, and clear display modes.

New control by default equipped with a comfortable belt for carrying and players do not have to carry it under their arms or make any custom handles. 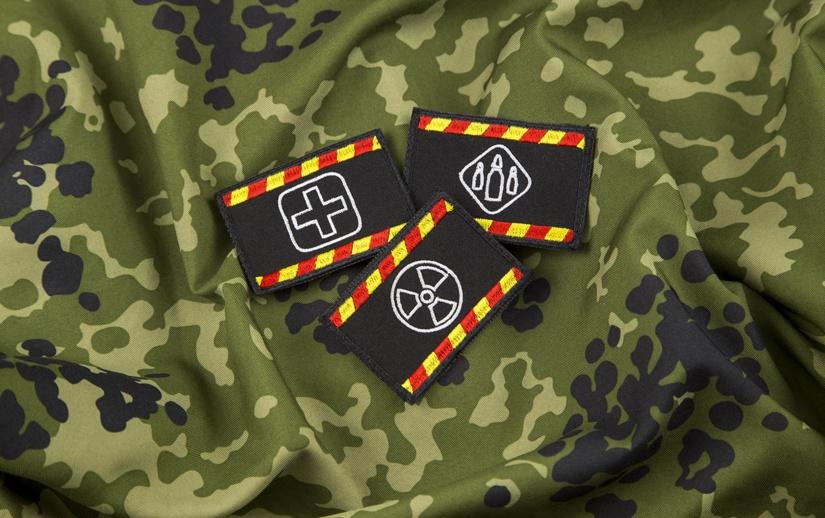 All controls are located at the bottom of the smart control point. We follow the "plug and play" principle, so there are only a few controls: the administrator button, the power button. All buttons and connectors are located in the holes with eyelets. The fabric around the buttons will not tear off, and control point will remain a neat appearance for a long time. 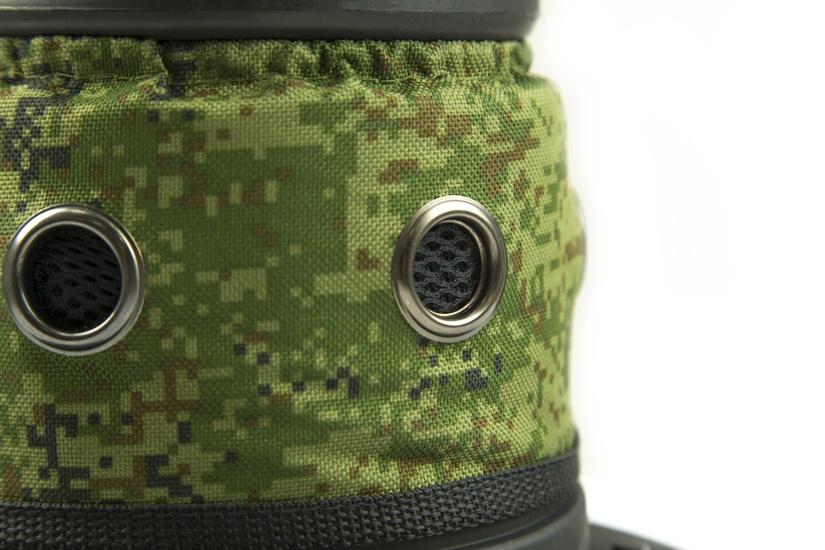 We also considered the stability of the device and fixed the base with a metal ring.

The device uses a lithium battery with 3000 mAh capacity. It can work up to 8 hours without recharging. That’s why this it is a perfect solution for large-scale and long battles.
The sound is created by a powerful speaker with a D-Class amplifier. The Control point has 25 digital sounds. There are no sizzles, distortion, and beeping. We are sure that you will appreciate the quality and range of the sound.

The hit sensors of the device are placed in such a way that only the player who is near the device can capture the point. Ricochets and random captures are now a thing of the past.

Now the device is not just a luminous column that stands on the battlefield. There are 3 main scenarios that are preset in control point. These scenarios use maximum of the opportunities of this device. The device now can support allies, restore health and kill opponents. During development, we were inspired by the Battlefield game and arena laser tag solutions. We took the best from these games and combined everything in one device. So, the joy of victory and the emotions of happiness are guaranteed.

In this scenario, you need to shoot the device and capture it (change the color of the device to your team’s color). When device being shot, the outer ring is colored to the color of the player’s team, the circular scale starts displaying the capture process and the indicator counts down the time that this team needs to hold the point until it wins. If the time ends, the team that hold the point wins.

The opposing team player, can recapture the point and indicator will start to countdown the time that his new team needs to hold the point until it wins.

So the point adds the time of holding the point of each team after recapturing and resuming holding the point. The first team that achieves preset holding round time wins the game.
After the game the outer ring flashes with the color of the winning team, and the circular scale displays the statistics on holding the point by each team. By pressing the button, you can switch between teams and see the time each team hold the point.

While playing this scenario the player should know two main parameters: capture time and hold time. A key feature of the scenario is that the more players simultaneously capture a point, the faster they capture it.

Otherwise, the scenario runs the same way as the previous one, except that after capturing the point it is necessary to keep it the specified time. The device remembers the hold time. After holding the point for a predetermined time, the game ends and the point displays the statistics of holding for each team in the form of pie chart.

Initially, the point belongs to one of the teams (or it waits for the first shot to determine the team that holds the point). In this scenario the point has a certain number of strength units. When the point is not damaged, it emits a command of adding health hit points to players of holding team at specified time intervals.

After a point is hit by the opposing team player, it loses strength points equal to the damage settings of the opposite team player’s gun. In this case, the point emits a command that subtracts health hit points from the players of holding team with some delay (if it specified in the configuration). 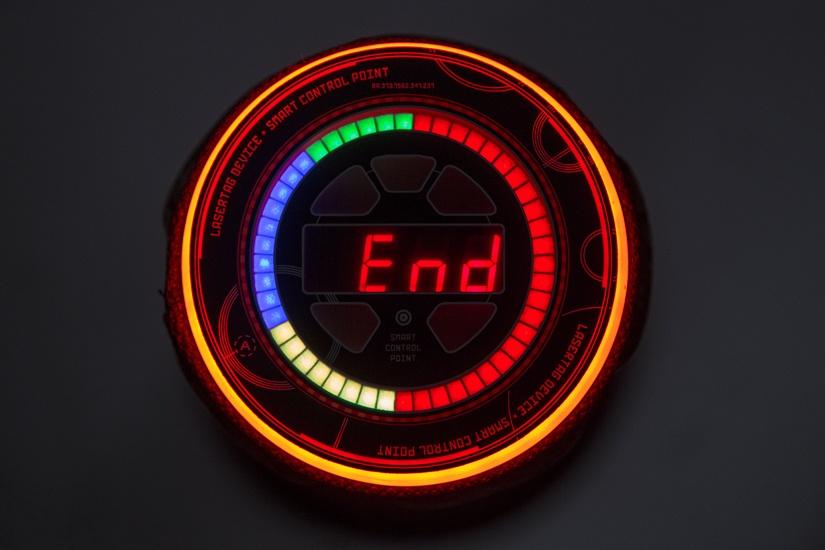 The pie chart shows the total number of "taken off" strength points by each team. By pressing the button, you can view the statistics of the strength points taken by a particular team.
Operating modes

After turning on the power, the device switches to the running mode.

To start administrative mode turn on the power while pressing and holding the administrator button. After entering the mode you can change the scenario’s settings both from IR-base, and directly on the device.

The full table of settings you can find in Smart Control Point Manual.