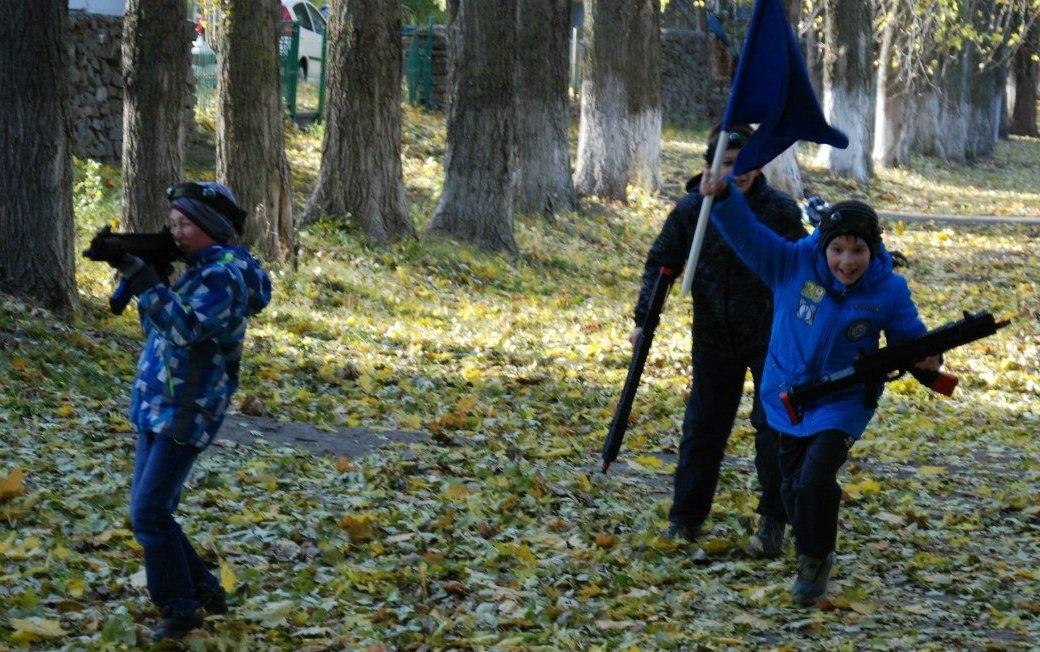 Capture the Flag scenario is very similar to the Bases Scenario. However, instead of Domination Points located on each team Base, Team Flags are used. Respawn Device as well as in the Bases Scenario are placed at a certain distance from the team Flag and not necessarily in the line of direct visibility and, accordingly, not in the line of direct fire from the flag. So, it should be impossible to protect the Flag directly from the Respawn Device point.

Two teams begin this scenario from their Flags located at the opposite sides of the location. The goal of the team is to steal the enemy's flag and bring it to the place of their own Flag, and at the same time, not allow the opponent's team to capture your own flag. The flag can only be carried by a “live” player.

As in the Bases Scenario, the players of each team can respawn (reload) their life an unlimited number of times, but it can be done only with their own team’s Respawn Device.

The winner is the team that is first to bring an enemy's flag and put it near its own flag. As soon as one team does it, the game ends.

Usually, the game scenario is played a certain time, for example 30 minutes. If none of the teams managed to capture the enemy's flag within the allowed period of time, then the game ends in a draw.

Special conditions for the laser tag base scenario.

Sometimes, additional rules can be used to complicate the scenario. For example, in the Capture the Flag scenario, players can be allowed to use the Respawn device only if they collect at least three players near it.

The only problem is that in several cases, you have to use referees to guaranty the quality execution of these additional conditions because players tend to cheat. So, such additional rules are used rarely.