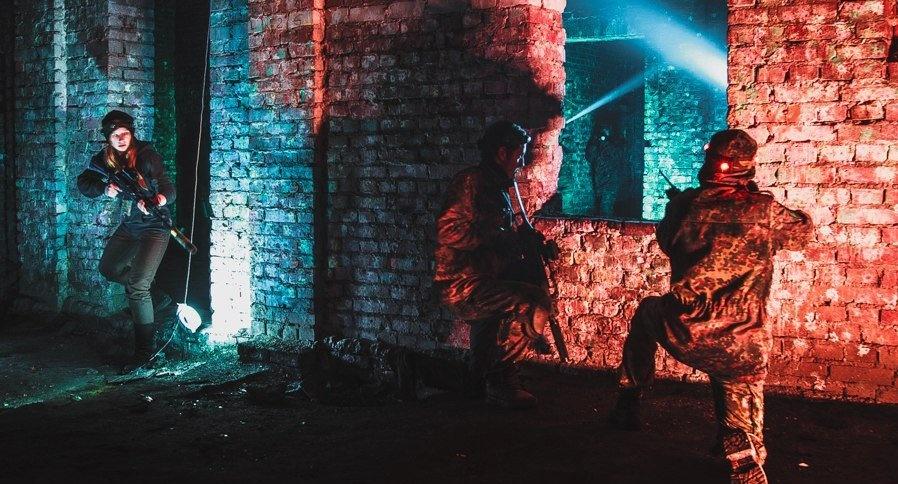 This scenario is very particular about location.

First of all, you should have an object to assault in your location, preferably in the center of it. Best of all would be to have a multi-storey building, but it can also be a one-storey building or some hill or forest block. What is most important that it should have a certain availability of shelters, and players should have the ability to get close to and go into it from several directions. For simplicity, hereafter we are going to call those objects just a ‘building’, referring to all of the above-mentioned types of target objects..

If you have a proper location for this scenario, it will become one of the most favorite among your regular players.

1 or more devices that can work as a domination point

You can use several devices that can act as a Domination Point, these are Digital Flag Device, Smart Control point and regular Domination point, but we recommend Digital Flag because it has more additional scenarios.

Domination point  is generally mounted in the center of the guarded building. Domination point is set to count a certain amount of time for one of the teams (of one exact color) to hold, usually 10 minutes.

There are two teams in this laser tag scenario: Assault Team and Defensive Team.

The game instructor increases the number of hit points several times to players of the Defense Team (usually 8 times using a Universal Remote device), and they are prohibited from using the Respawn Device. The Defense Team players man defensive positions in the building.

So, the purpose of the Defensive Team is letting-not the Assault Team to get to the Point and capture it for 10 minutes.

The purpose of the Assault Team is to capture the Point within 10 minutes.

If the Point is not captured (repainted) within 10 minutes by the Assault Team, it beeps and flashes with the color of the Defensive Team indicating their victory.

Usually, after that teams swap their roles.

Noteworthy tactics in the Assault scenario

How to rectify location imbalances in the Assault scenario

Optional Rules in the Assault scenario